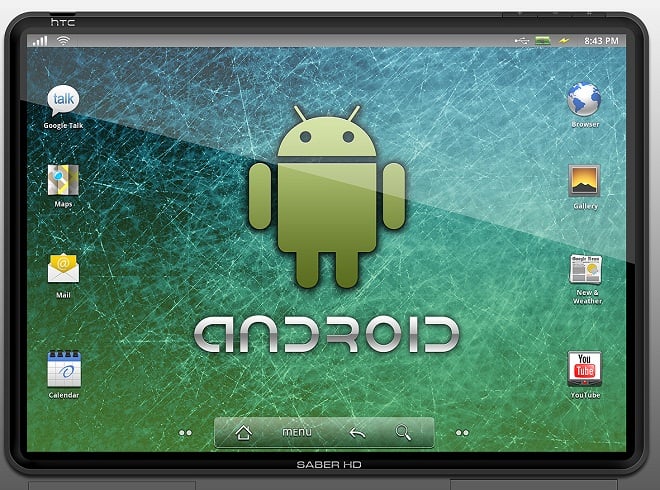 The folks over at PocketNow have stumbled upon a trademark for the HTC Scribe and this could be the name of that company’s upcoming Android tablet.

Not much is known about its Android tablet but the HTC Scribe is expected to feature an NVIDIA Tegra 2 dual-core chipset, 1280 x 720 resolution, 2 GB of internal memory, a 32 GB microSD card and all the goodies you’d expect from a device like this including WiFi, GPS, and Bluetooth. The HTC Scribe tablet will likely run Honeycomb, the version of the platform which is optimized for this form factor.

There’s no clear word on when the HTC Scribe Android tablet will hit the market but the company is likely going to have to jump into this space to stay competitive. While the company’s smartphones like the T-Mobile G2 are doing well, the tablet space is an emerging market that could become huge in the next few years.

The Apple iPad basically created the boom in this market and nearly every other mobile phone maker is diving into this space and many will be using Android. The Motorola Android Honeycomb Xoom is expected to be shown off next week and it could be the gold standard for Android tablets in 2011.

The Samsung Galaxy Tab has also sold more than 1 million units in about a month and that company is surely working on a sequel. We’re also expecting LG Electronics to quickly roll out its Optimus Pad and this could be shown off as early as next week. Nokia has also been suspiciously quiet about this space.

We’re not even mentioning the BlackBerry PlayBook, the PalmPad and the iPad 2, as HTC knows that it needs to compete. The HTC Scribe sounds like a solid name but we need specs and some hands-on time before we can even begin to judge this.

(Note: the photo above is a mockup)

We can't wait for next week's CES show to see the upcoming Motorola Android Honeycomb tablet and we're seeing multiple...