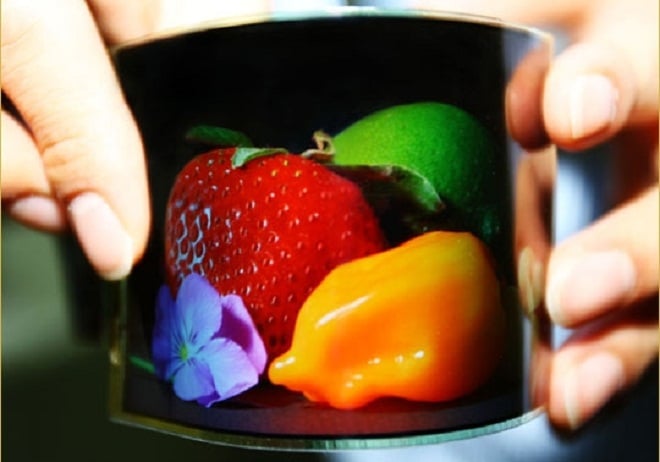 Well, this is quite exciting. Samsung Mobile Display said it will show off flexible 4.5-inch AMOLED displays at next week’s CES trade show. This paves the way for a variety of new form factors and gadgets.

According to the release:

Typically, flexible displays use plastic substrates instead of glass substrates because this helps the display become lighter and thinner. Furthermore, the new plastic substrates are not prone to breakage during manufacturing. Previously, plastic materials melted at temperatures over 400 degrees during the manufacturing process, making commercialization difficult.

Development of the 4.5 inch flexible AMOLED prototype, designed for smart phone and tablet PC displays, is a major step on the road to mass production.

These devices will be at a WVGA resolution, so we’re looking forward to some cool new devices with Samsung screens. This is quite early though, as we wouldn’t expect devices to hit with these flexible AMOLED screens for at least a year.

This may be the next frontier in screens, as we’ve seen Sony show off some flexible OLED screens and HP has hinted future webOS devices could use these types of screens.

[Via Samsung, hat tip to BGR]