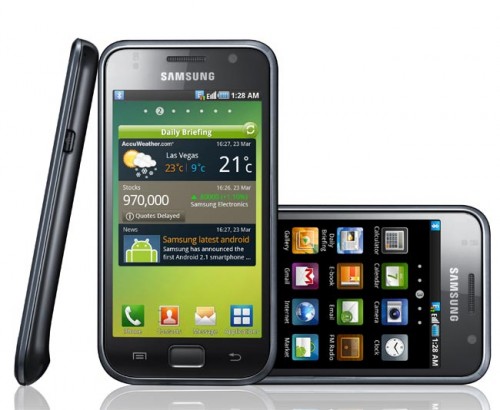 Samsung confirmed that its Galaxy S handset reached a 10 million sold milestone in a mere seven months after the device was launched in June 2010. North America leads the way with 4 million Galaxy S handsets sold. Europe comes in second with 2.5 million units sold and Asia is third with 2 million units sold. Naysayers may have been skeptical, but Samsung did reach its lofty goal of hitting the 10 million mark by the end of the year.

Globally, the Galaxy S handset is one of the bestselling Android handsets and has propelled Samsung to the top of the Android manufacturers and #2 overall in Q3 2010. According to these latest quarterly figures, Samsung holds a 17% market share, trailing only Nokia which has a 28.2% market share. Propelled by the success of Samsung, Motorola and HTC, Android is now the #2 mobile operating system with a 25.5% market share.

Samsung also has a winner on its hands with the Galaxy Tab. In early December, Samsung confirmed it has sold over 1 million Galaxy Tabs and was on track to hit the 1.5 million mark by the end of 2010. The Korean manufacturer has not announced sales figures for Galaxy Tab, so we will have to wait for Q4 2010 earnings to be released to find out if Samsung hit this impressive goal as well. Full press release announcing the 10 million milestone for the Galaxy S is on the second page.

[Via Samsung Tomorrow and Engadget]

Making mobile phones used to be a monumentally difficult task. You had to know a lot about radios, component sourcing,...