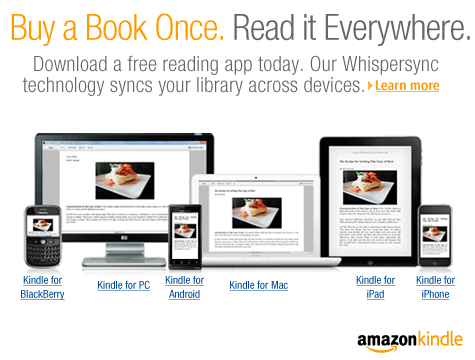 As part of its “Buy Once, Read Everywhere” strategy, Amazon will be supporting a number of tablets that are set to be launched at this year’s CES. Specifically, the online retailer pledged support for Android and Windows-powered products, allowing users to read, rate, comment and buy any of more than 775,000 books available through the Kindle app.

At the moment, Kindle is available for a number of platforms, including iOS (iPhone, iPod Touch and iPad), Android, BlackBerry, Mac and PC. Symbian, as you know, is not on the list despite being requested by the community.

We don’t have information on any pre-load deals at present, but I’m sure both tablet makers and Amazon are exploring such opportunities as we speak. As soon as we hear something on that front, you’ll be the first to know. Stay tuned and expect to hear much more on tablets during the next couple of days. It’s CES time! 🙂

Freescale Semiconductor, which used to be a part of Motorola until 2004, has recently announced a new lineup of chips...