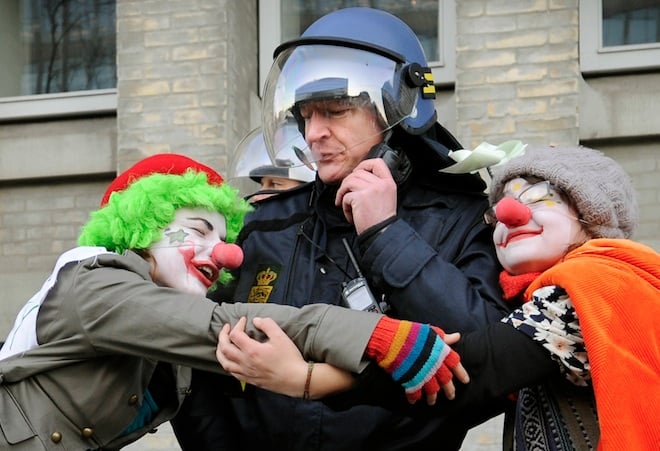 When you think about how much information your mobile phone knows about you, such as who you call and when, the texts you send and receive, the sites you’ve been to, your stored passwords, and pretty soon a history of your transactions, then you might get a little hesitant to let someone use it, even if just for a moment, and you’ll definitely panic if you lose your device, but how would you feel if an officer had a hold of it? That’s what happened to Gregory Diaz who in 2007 was arrested for trying to sell ecstasy to an undercover police officer. When he was taken to the police station, officers emptied his pockets, naturally checking for guns, knives, other drugs, and when they found his phone they proceeded to go through his message history and found “6 4 80” or in other words 6 pills for $80; that information was used to arrest him.

Diaz complained that officers were violating his Fourth Amendment rights, but the California Supreme Court just ruled that anything found on you during your arrest is “fair game” for being used against you. Contrast this to the state of Ohio, which last month ruled that a mobile phone is similar in nature to a laptop and thus a warrant is required to search it. One of our most popular stories (in terms of traffic) for 2010 was the case of a 17 year old girl from Pennsylvania who was awarded $33,000 after suing her school because the principal confiscated her mobile phone and went through all her data.

It’s a touchy subject, but at IntoMobile we stand with the state of Ohio. The Fourth Amendment was created when letters were the main form of communication between two parties. These days it’s text messages. Just because the medium changes doesn’t mean the law should.

It's been awhile since we've checked in on RIM's issues with providing lawful interception abilities of BlackBerry data to the...