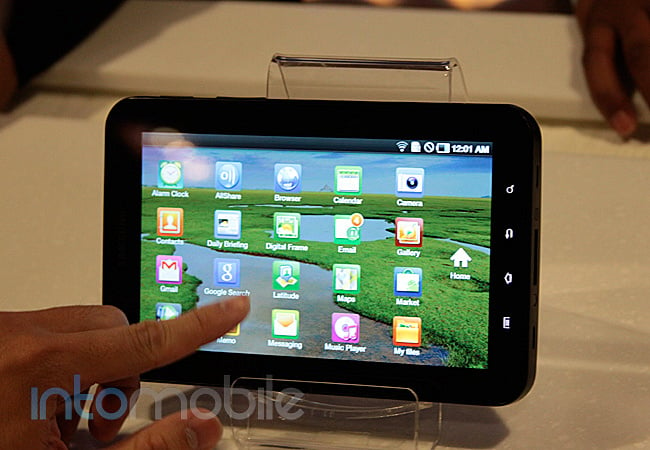 Good news for tablet fans as Samsung confirmed the upcoming availability of the WiFi-enabled Galaxy Tab. Samsung kicked off its Android tablet lineup with the Galaxy Tab back in late 2010. Notably missing from the successful launch of this slate device was the WiFi-only version, which was announced alongside the 3G version but never hit retail shelves. Even without the WiFi version, the Korean company managed to sell over one million of these 3G-enabled tablet devices.

Those who have not jumped on the Galaxy Tab bandwagon will be happy to know that  Samsung’s popular tablet will finally land in the hands of consumers in a non-3G configuration. Unfortunately, Samsung provided a broad launch window of Q1 2011 and failed to divulge the oh-so-important price. Based on the pricing for competing tablets, the WiFi-only version should come slightly lower that the current 3G version which retails for $599. If I step out on a limb, I would predict the WiFi version will launch at $499 or less. Additional details on the Galaxy Tab is available in the Samsung press release which can be found on the second page.

We have yet to even officially kick offCES 2011, but that certainly stopped the news from coming today. NVIDIA will...