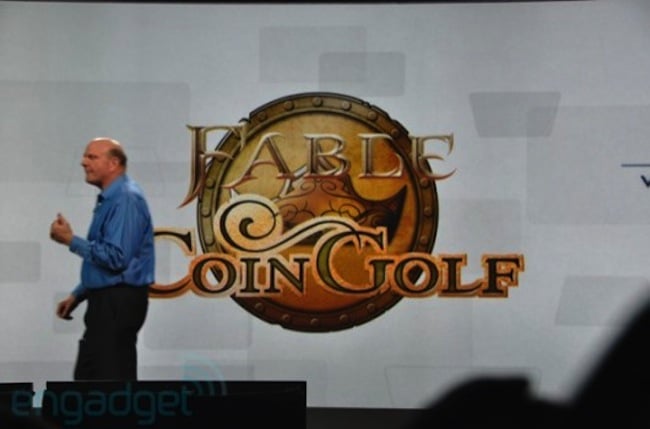 The only info we have at this time on Fable Coin Golf is that gold earned from within the game will be available to your Fable III character the next time you play on your Xbox 360. This isn’t the first time the Fable franchise has done something like this as Fable II Pub Games also allowed you to earn gold for your character in Fable II when it was released in 2008. It also isn’t the first time the Fable franchise has seen some mobile love as last October, Microsoft released an app called Kingmaker for the iPhone & Android, although it was only made available for our friends across the pond.

The more big name franchises are made available on Windows Phone 7, the better the mobile game market will be as it’ll hopefully spark interest from other big name publishers to produce mobile games, case in point, Epic Games and Infinity Blade. Since there isn’t much information on Fable Coin Golf, it’s hard to judge whether the game will be good or not. I love the Fable games, but that’s because of its game world and its humor. I’m curious to see how well Fable Coin Golf will bring the feel of the Fable franchise to mobile. Now if only Microsoft can wise up and give us Halo already. I mean, if Gameloft could offer a Halo clone, then why can’t Microsoft?