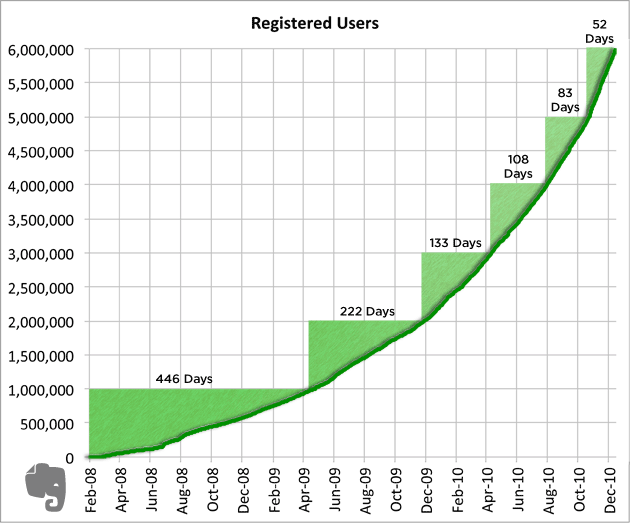 In addition to announcing “we reached 6 million users”, Evernote also shared some cool facts for the end of 2010:

Now if they could only add Symbian support, I’m sure the numbers would go even higher. I’m just sayin’… 😉