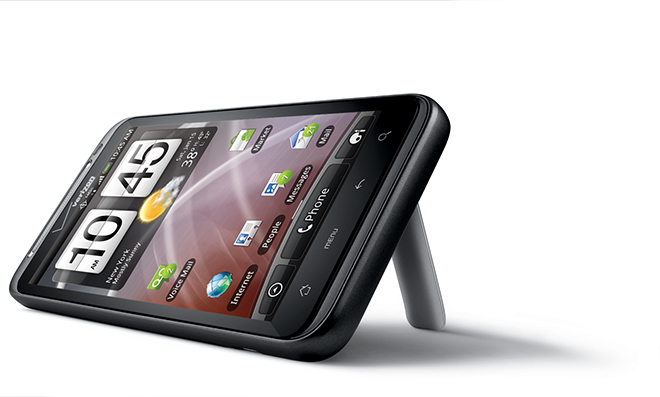 Peter Chou, CEO of HTC, took the stage during Verizon Wireless’ CES press event and unveiled the new Android-powered Thunderbolt. The Thuderbolt will be HTC’s first LTE handset and will feature a beautiful 4.3-inch Super LCD touchscreen display. While on stage, Chou confessed to using the Thunderbolt as his primary device and claimed it was “blazing fast’. Rounding out the specs for this HTC Android handset is the following:

HTC would not confirm the pricing or the availability but Verizon repeatedly stated that all the 4G handsets announced at CES will arrive in the first half of 2011. The Thunderbolt will be a nice replacement for the HTC DROID Incredible and an excellent competitor to the recently announced DROID BIONIC. Though the BIONIC has a leg up on the Thunderbolt with its dual-core Tegra 2 processor. Given the choice would you pick a dual-core handset with Motoblur over a single-core with Sense UI?

Hands-on BlackBerry PlayBook – Can this compete with the iPad, Xoom?

We've finally got some extended time with the BlackBerry PlayBook and we're pretty excited about this upcoming tablet and feel...