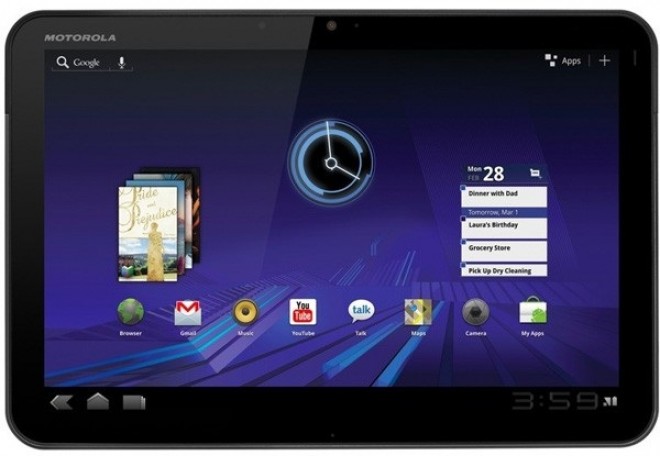 The Motorola Xoom will take the world by storm in the next couple of months for Verizon, but it’s WiFi-only variant may be on it’s way a little sooner. Possibly a full month sooner. The Motorola Xoom is “zooming” to market, so to speak.

Motorola’s Latin America GM, Maurizio Angelone, confirmed that there will indeed be a WiFi-only version of the Android 3.0 Honeycomb tablet, and it will be on its way sometime in April. That said, there’s no telling where the thing will land on retail shelves, be it just Argentina or other countries as well. We’re sure that it will hit the US at some point, but we have no time frame to work with, nor do we know with any certainty if this variant will hit before the 3G version launches.

We know that the Galaxy Tab will eventually get it’s WiFi-only version sometime this quarter, so having this option for the Xoom isn’t much of a surprise. While having 3G on a tablet will appeal to many, some may not want to pay for two data plans if they already have a smartphone. Plus, if you have a smartphone that has a mobile hotspot feature, the need for the 3G version only diminishes. Just make sure your smartphone has an extra battery laying around.

If you’ll be looking for a Honeycomb tablet sometime this year, you likely have your eye on the Xoom before anything else. While many of the tablets we’ve been seeing here at CES say they will be shipping with Android 3.0, the Xoom delivers better than any other tablet running Google’s mobile operating system. It may have just been a video that keeps playing, but so far it’s closer than the rest from having any sort of Honeycomb guts inside.

So while the Xoom may still be months away, at least we know that there will be a WiFi-only version available at some point in time. Is anyone looking to grab one of these without being attached to a carrier?

Check out our hands-on HD video of the Xoom below!

Don't worry if you've never heard of Enspert before, as they have yet to hit the US market. This Korean-based...