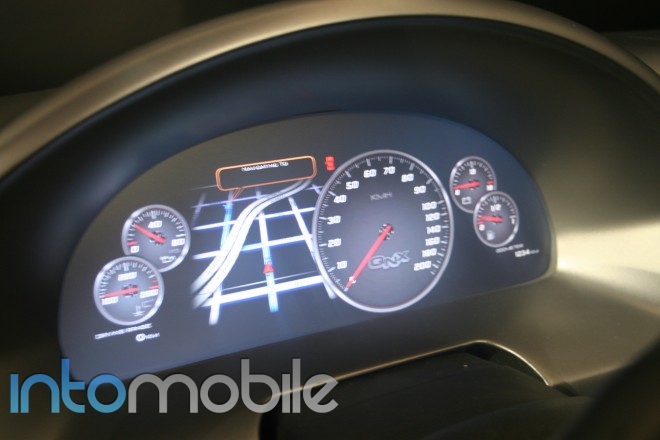 We finally got some hands-on time with the BlackBerry PlayBook at CES 2011 in Las Vegas and we were impressed with the software that QNX has developed for the iPad competitor. But QNX has software in a variety of devices and the company showed us how its in-car software can help you use your BlackBery PlayBook to control your car.

QNX also showed off how BlackBerry Traffic can be integrated into the in-car unit via Bluetooth and this provides live, turn-by-turn navigation with an emphasis on how long it will actually take you to get there. Yes, QNX is now owned by Research In Motion but the company told me it is focused on enabling users to bring in mobile technology from a wide variety of companies to enhance their driving experience (the demo we saw also had standard Bluetooth connecting options for things like the iPhone).

This is just the latest we’ve seen with mobile technology coming into the cars, as Ford has been the clear leader with this thanks to its MyFord initiatives. The QNX software is looking mighty impressive too, so it’s a great to see how quickly in-car technology is advancing.

A video search company VideoSurf will offer a visual search app on latest Verizon smartphones. The application which works like...