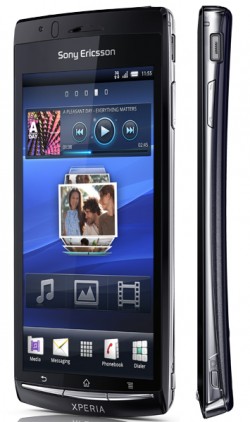 The US may not be getting the the Sony Ericsson Xperia Arc anytime soon, but according to the picture above, Indonesia may be grabbing the only Gingerbread-toting Android device announced at CES 2011 in just three months time.

Someone tipped off Engadget that the Indonesian Sony Ericsson site already had the Arc on the site, with “Hadir 3 bulan lagi” right next to it. For those of you who can’t read the language, it says “three more months”. Sony Ericsson didn’t announce the device’s availability, so this is about as close to a real release date that we have.

A quick check of the US site yields nothing of the sort, and still claims the Xperia X10 is new. While it’s still relatively new in the states, the X10 has been around for a while, with Android 1.6 still being kicked around. Getting back on topic, the Arc definitely delivers the goods with Android 2.3, a 4.2-inch “Reality Display“, 1GHz Processor, HDMI out, 8.1 megapixel camera, and is sits at a sexy 8.7mm thin.

While I primarily prefer HTC devices for their solid build quality and design, the Sony Ericsson Arc is probably one of the sexiest phones, let alone Android phones, I’ve ever seen. I just hope that it won’t take forever and a day for it to hit the states – the problem that basically doomed the Xperia X10.

Here’s to hoping that this launch will indeed happen in just a short three months time in Indonesia. Even if it’s not the US, I’d like to know that, somewhere in the world, someone is enjoying this phone, as it seems to be quite the Android device. But that’s to say that it won’t ship with the bugs we’ve seen on devices like the X10.

Anyone looking to pick the Arc up when it hits shelves?

Splashtop, the company behind the popular remote desktop mobile app, is extending support beyond iOS devices to include Google's Android...