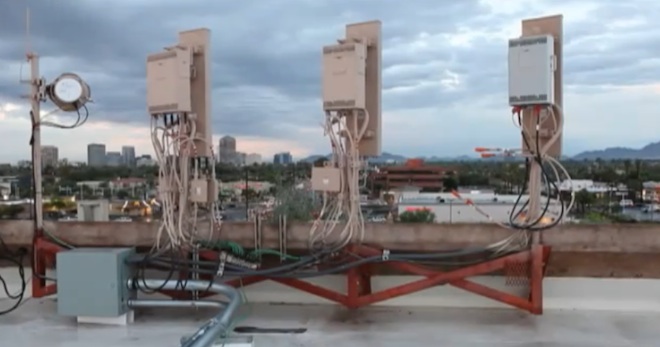 If there’s one thing Clearwire is guilty of doing wrong, it’s launching their service way too early using a technology that most people in the industry knew wasn’t going to be supported. Looking to right that wrong, Clearwire has been in the process of conducting tests using LTE technology, otherwise known as Long Term Evolution, which is the same 4G networking technology being used by Verizon Wireless. Unlike Verizon Wireless however, who recently launched their network and multiple independent tests prove that their 12 Mbps down, 5 Mbps up speed guarantee is a bit conservative, Clearwire is hitting 90 Mbps download speeds and 30 Mbps upload speeds. Now of course this is on a test network that only has one or two guys connecting to it, but it shows what is capable when you use 20 MHz wide channels.

If this video is meant to demonstrate anything, it’s proof for Clearwire investors that the firm is in fine shape and isn’t going to go under. When will they actually be able to deliver numbers like this to users? Don’t know, but I can’t wait to see it happen!

Things aren't looking so pretty for Clearwire as its founder and chairman, Craig McCaw, resigned just a few days ago...