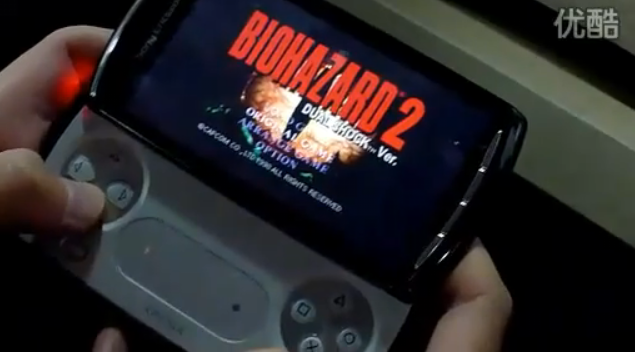 The Sony PlayStation phone is slowly moving from rumor to reality. Recently, the handset has been spotted in the wild and briefly detailed on video. Another video has surfaced that shows the handset in full game mode, playing the popular PS1 games Biohazard 2 (Resident Evil 2) and Rage Racer. The games are loaded through ROM Buddy which lets you download ROMs to your Android  handset and use them with an emulator. In this case, the games are stored as BIN as BIN files ont he handset and played through an unknown emulator app, possibly one that may be shipped with the handset.

Though these games are played though an emulator and not natively, the video gives us a glimpse of the gaming capabilities of this rumored handset. It also gives us a quick action-filled look at the phone’s small display and the game pad layout. The graphics look good and appear reasonably smooth. The handset also looks comfortable to hold and the player apparently has no trouble navigating the button layout on the game pad. Don’t take my word for it, though. Watch the video below and judge for yourself. How well do you think the Sony PlayStation phone works for on-the-go gaming?

[Via Engadget and Edge Magazine]

Garmin used to be a pioneer in embracing mobile technology. Then something happened and everything stopped, releasing no smartphone apps...