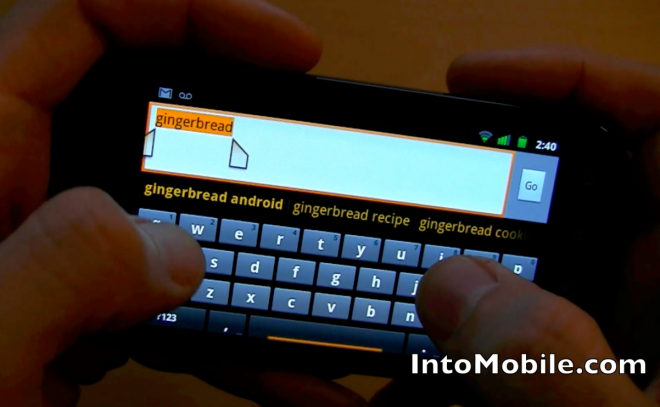 Now that Android 2.3 Gingerbread has been out for about a month, Google is wasting no time in touting how the Native Development kit can be used to create some awesome apps.

If you don’t know, the Android NDK enables to take advantage of more tools on these types of devices to create apps that are a bit more powerful. This includes support for 3D graphics and more.

The latest version will include multiple new APIs that can make use of native code. In fact, this will enable apps to be written that don’t even use a single line of Java code.

On the developer blog, Google has a fun little chart showing the supposedly measurable awesomeness improvements that the Android Gingerbread NDK will offer.

We worked hard to increase the utility of the NDK for this release because you guys, the developers who are actually out there making the awesome applications, told us you needed it. This release is specifically designed to help game developers continue to rock; with Gingerbread and the NDK r5, it should now be very easy to bring games written entirely in C and C++ to Android with minimal modification. We expect the APIs exposed by r5 to also benefit a wide range of media applications; access to a native sound buffer and the ability to write directly to window surfaces makes it much easier for applications implementing their own audio and video codecs to achieve maximum performance. In short, this release addresses many of the requests we’ve received over the last year since the first version of the NDK was announced.

While we still believe that iOS has better games, the Android Gingerbread NDK should help even the playing field. Now, if only Google would increase the app file size limit and then we’d really be cooking with gas.

If you’ve yet to see the latest version of the little, green robot, check out this video walk through.