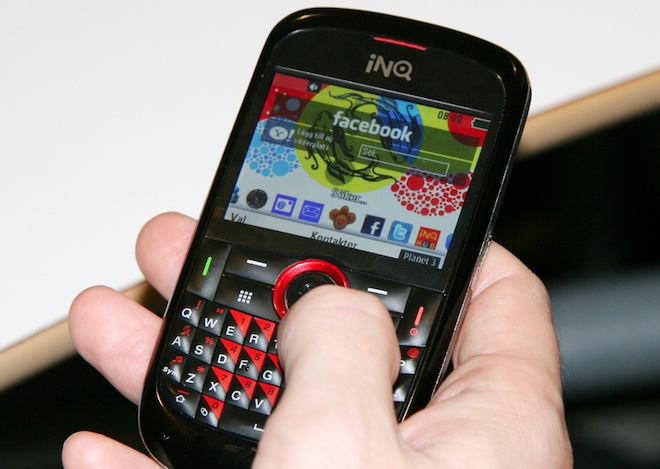 Social handset maker INQ had said awhile back that they were switching to Android from Brew eventually and it looks like they’re closing in on a launch. The INQ Cloud Touch just went through Bluetooth certification with the following helpful description:

INQ Cloud Touch is an Android smartphone built to make messaging faster and smarter. It’s designed around the way people naturally communicate and has Facebook built into its core. The homescreen features multiple entry points to different Facebook functions, while a dynamic widget displays a feed of status updates, albums, videos and photos.

While previous INQ phones (like the one above) have offered functions to a variety of social networks, it seems like Facebook is taking front and center stage this go-around. This news jives well with earlier rumours about a Facebook phone coming to AT&T in the summer, but I’m curious how far this branding will really extend. Will Facebook start pimping out this phone when people sign up for a new account, or even toss it into their usual ad mix? Besides, I don’t know how much more Facebooky you can get outside of the standard Android experience; you can link contacts with Facebook friends pretty much instantly, the app lets you check in to places and chat, along with all of the usual status-updating and feed-checking… How much more deep could a Facebook phone really be? I guess we’ll find out soon enough, eh?