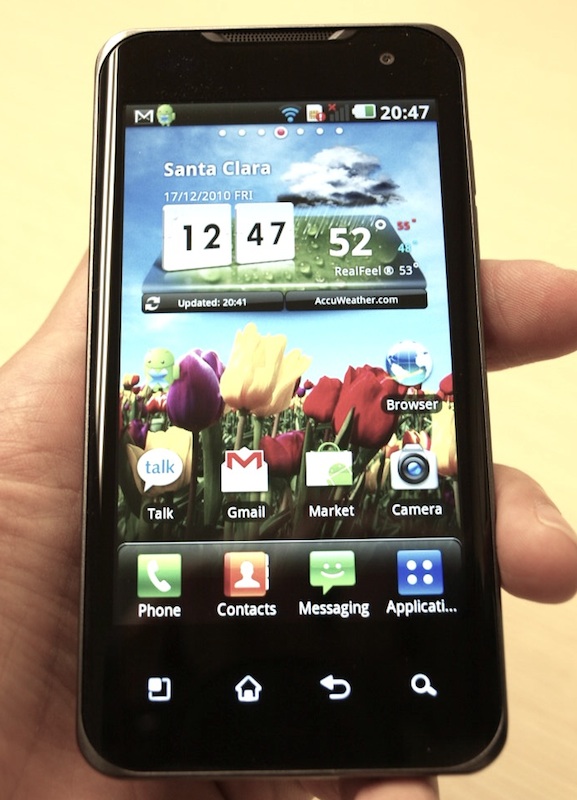 LG isn’t a small company; they rank third among all the handset makers in terms of shipping mobile devices and fifth in terms of actually making revenue. That being said, have you ever seen an LG device in the wild? More importantly, have you seen one you actually considered buying? The South Korean firm is aiming to fix that and they’ve announced some ambitious goals for 2011. LG is aiming to ship 30 million smartphones over the next 12 months, or more than four times the number they did in 2010. How are they going to do that? By taking a note out of Apple’s playbook and focusing on building higher tier devices while ignoring the low end of the market.

“Our strategy for 2011 will be improving such premium offerings as Optimus 2X and Black and grow our smartphone portion in our portfolio to be in line with the market growth, which is estimated at around 30 percent this year,” said Ma Chang-min, Vice President and Head of Marketing for LG’s Mobile Communications Division. He later went on to say that the use of dual core processors is a highly attractive way of differentiating their products from competitors. We couldn’t agree more, but for LG they need to focus on improving their build quality and industrial design. That and the software they throw on top of Android is downright hideous. Samsung’s TouchWIZ may be all bling with little added functionality, and HTC’s sense may be all functionality at the cost of good looks, but the stuff LG puts out is both displeasing to look at and impedes an otherwise smooth workflow crafted by the Android team.

Do you have an LG device that you like? Which one and why? And if you’re not an LG owner: are the Optimus 2X and Black products you’d actually consider or are you waiting for Mobile World Congress next month to see what other brands come out with?

Some quick pricing news on the LG Optimus 7 for my Canadian mobile friends. Coming to us direct from TELUS,...