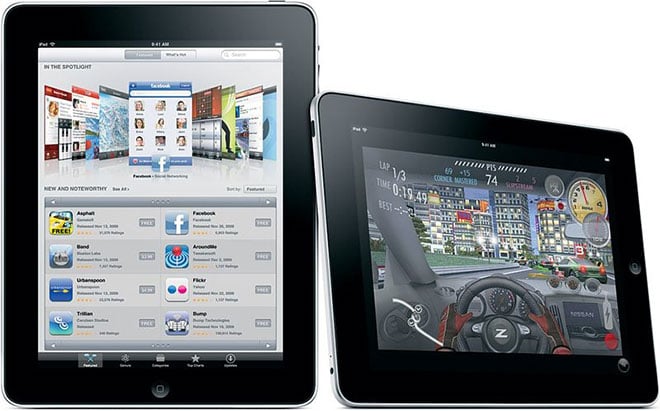 In the wake of its big iPhone announcement, Verizon used an unofficial channel to confirm that it will offer a Verizon-friendly version of the iPad. In an interview in New York, Francis Shammo, the Chief Financial Officer for Verizon, parent company of Verizon Wireless, stated that the iPad will be outfitted with a chip compatible with the carrier’s wireless network. The executive remain tight-lipped about when the device land on the carrier. Interestingly enough, the executive merely mentioned the device could be used on Verizon’s network and did not clarify whether this embedded chip would be compatible with CDMA or LTE. Previous rumors, though, point to a CDMA version. He also failed to mention if the iPad would the first generation model or possibly the rumored iPad 2.

Currently, Verizon offers the iPad as a stand-alone device or in a bundle with a MiFi hotspot for on-the-go 3G connectivity. The 16GB Pad model retails for $629.99 with a WiFi hotspot and is eligible for data plans that start at $20 for 1GB of data. Current rumors suggest the iPad will get a significant overhaul in the upcoming month. The second generation of this tablet device is expected to include a slimmer profile, dual-cameras, and a high-resolution display. Since Verizon did not unveil its 3G iPad along with the iPhone 4, it is possible that Apple is waiting for the iPad 2 to introduce a CDMA or LTE variant of this popular tablet. As it stands, the iPad is the top-selling tablet device. A CDMA or LTE variant will only help to solidify its position until the Motorola XOOM arrives.

Announced at CES, the XOOM is a 10.1-inch tablet that rocks with a 1 GHz dual-core Tegra 2 processor and Android 3.0 Honeycomb. The tablet device is expected to debut in the next few months and will offer a solid alternative to the iPad v1 or v2. Also on the docket for Verizon is a 4G-enabled version of the Samsung Galaxy Tab. This tablet will be an updated Galaxy Tab with the same, basic underlying hardware and 4G LTE connectivity. With all these tablets on the horizon, one thing is for sure – then next few months are going to be a gadget-lovers dream.