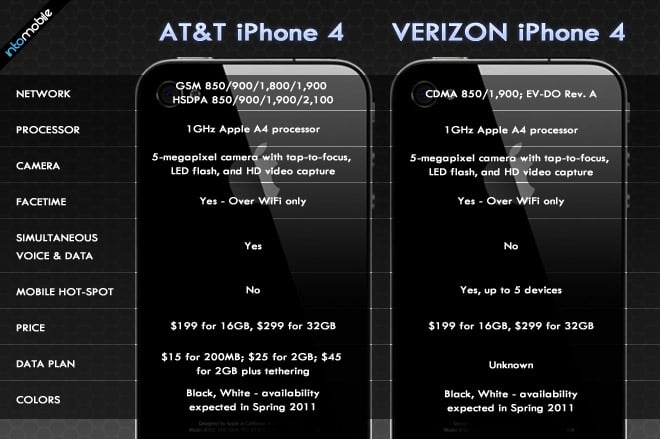 So, the Verizon iPhone 4 became official this morning but is it enough to get you to switch? The hardware should be pretty much the same (although some cases may not work with the new version) so let’s break down the pros and cons of each version. 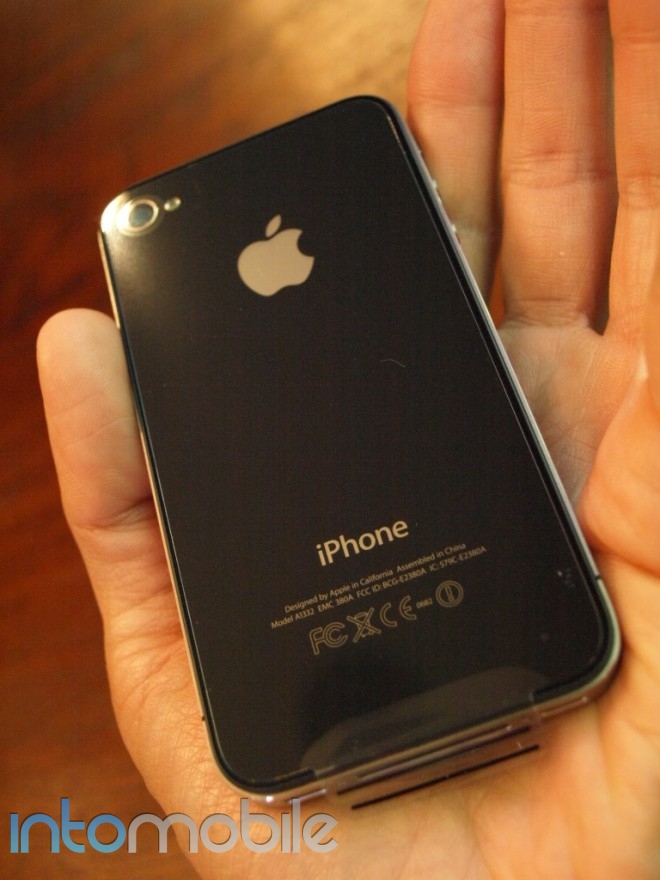 AT&T is no longer the only carrier to have the iPhone 4, so is there any reason to stick with the nation’s second-largest carrier? Yes, there are actually multiple reasons.

The first and maybe most important, is that the AT&T iPhone 4 will get faster mobile data speeds than its Verizon equivalent. This version of the Apple smartphone can get up to 7.2 Mbps download speeds and AT&T is already talking trash about how the CDMA users will have to get used to life in the slow lane.

Of course, for users in major cities, the max download speeds didn’t matter if you couldn’t get service. We were just at CES 2011 and found the AT&T service was garbage with tens of thousands of iPhone users around. Perhaps a flood of users going over to Big Red could ease the load on AT&T?

It’s not just speeds though, as AT&T users will be able to make calls while using mobile data at the same time. While I don’t think this is as useful as Luke Wilson would make it out to be, it can be a life saver in the rare situations when it’s needed.

The AT&T folk have already been enjoying the Apple smartphone for the last six months and we’re bound to see the iPhone 5 (or iPhone 4G, likely) on AT&T a few short months. We’re guessing this will be the only U.S. network to get the latest and greatest Apple mobile device for 2011. AT&T has also been pretty good about bumping up eligibility for early upgrades and that can’t be said about the Verizon iPhone 4.

Additionally, if you’re an absolute mobile fanatic like us and want to check out all the latest cool phones like the Atrix 4G, it will be easier to swap out on AT&T. With no SIM card, the Verizon iPhone won’t make for a good device to take overseas, either. 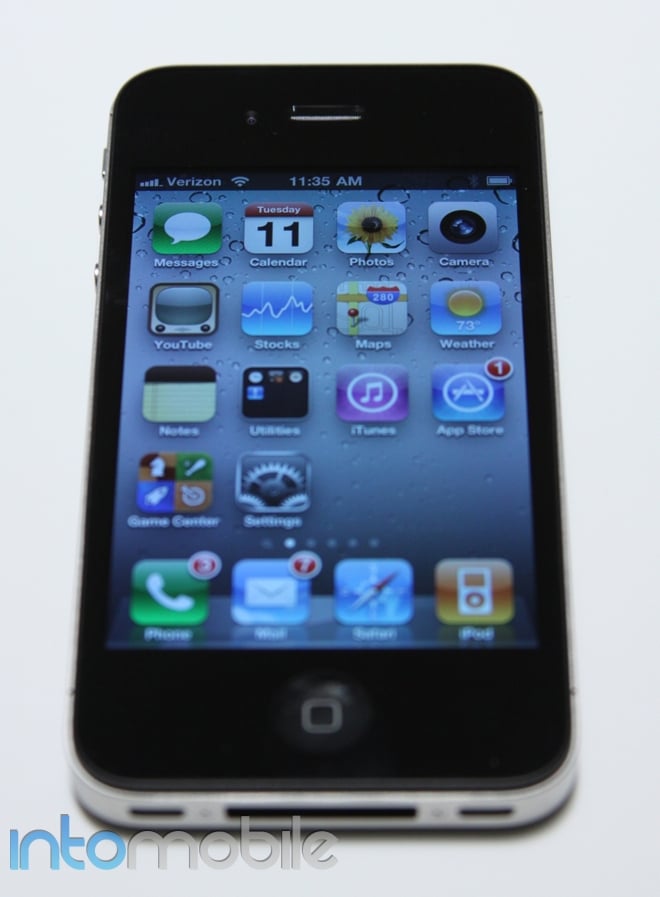 The main appeal of the Verizon iPhone 4 is clear: it’s the network baby. Verizon’s mobile data 3G network is not quite as fast as AT&T’s but it has a larger coverage area and has been far more consistent in our experiences. That means Apple smartphone owners in major metropolitan cities should be able to use their iPhone as a real phone. Shocking, I know.

Big Red said the device has been optimized for its EV-DO 3G network and its experience with the Droid lineup means it should be able to manage the flood of mobile data usage. I believe Big Red but I still want to see what happens when millions of new iPhone users are surfing the web and downloading apps on the go.

It’s expected the Verizon iPhone 4 will have the option of unlimited monthly data for about $30 a month but this hasn’t been confirmed yet. Since AT&T moved to its tiered-pricing model, there’s no way to get unlimited data unless you’ve been grandfathered in from a previous plan. While the cheaper data options are a great way to jump into the smartphone game, the IntoMobile team really believes that an unlimited data plan is the best way to maximize your smartphone.

Another big advantage of the Verizon iPhone 4 is the ability to create a personal WiFi hotspot for up to five devices, a feature that’s pretty much standard on all its new Android smartphones. The AT&T version enables tethering but it’s only for one device. There’s no word on how much mobile hotspot will cost per month but we’d expect about $20 or more per month on top of mobile data and voice.

The bottom line is that having more networks to choose from is a good thing for consumers and Apple iPhone fans will now have more options. What do you think, friends?

After years and years of rumors and waiting, the Verizon iPhone 4 is here and it will launch in February....