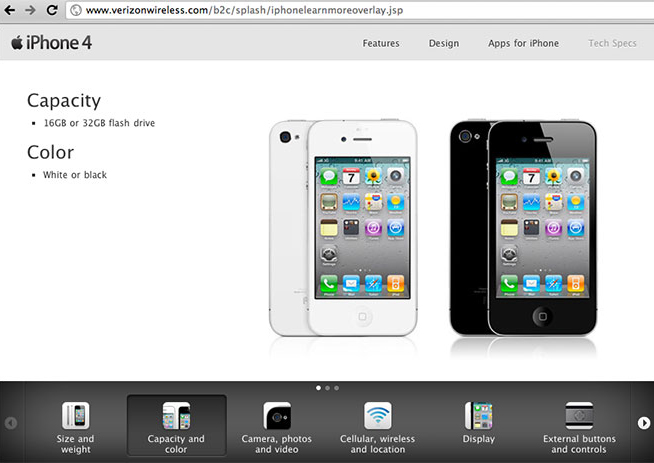 Verizon is adding fuel to the fire of the white iPhone rumors with a tantalizing image that was posted on its official iPhone 4 website. The image proclaims that the iPhone 4 will be available in black or white. Of course, Apple and AT&T made the same promise when the iPhone 4 was announced and  we all know how that turned out. Seven months later and the white iPhone 4 remains elusive. Apple has on more than once occasion announced that the white iPhone was delayed due to unforseen problems with manufacturing. The most recent announcement made last year suggests the white iPhone 4 may debut as early as Spring 2011. Would a February 2011 launch of the iPhone 4 on Verizon count as spring or is this merely an error on Verizon’s part?