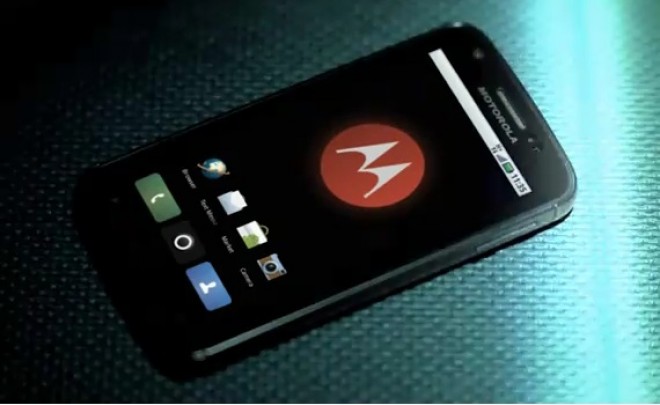 CES 2011 was Motorola’s time to shine, and they did just that by announcing the Motorola Atrix 4G as one of the first ever dual-core smartphones. But, this dual-core processing, 4G HSPA+ (on AT&T) capable smartphone is more than just a smartphone, the Atrix 4G ackles the netbook market as well. Today, we’re seeing a new video ad for this innovative device, but does it capture all the power of it?

What will likely be one of the most talked about smartphones when it’s released, the Atrix can be docked into multiple docks, giving it different functionality depending on the dock – the laptop dock turns it into a laptop of sorts, the media dock lets you use the Atrix as a media-hub of sorts. The ad is short and simple, and basically tells you that the device is the, “most powerful smartphone in the world.”” Unfortunately, the ad doesn’t really tell us how, exactly, the Atrix is the most powerful of its kind.

Based in an airport, the ad shows the Atrix being scanned by TSA, only to find the X-ray of the device show up as a computer. When it comes out, it’s nothing more than a phone. We get what their trying to say about the phone, but I’d have loved to see the guy actually putting the Atrix into the netbook dock to give people a sense of just how powerful this thing is. The Atrix is actually worth the hype that will surround it, and hopefully the ads will get better and back this fact up.

Nonetheless, it’s cool to see an ad for this thing already hitting airwavse. Expected to launch sometime in March, this will likely be the go-to Android phone for AT&T. If I wasn’t so happy with my G2 , I’d switch carriers in a heartbeat for this device. Either way, I’d love to see some benchmarks of this thing, even though we know how well an NVIDIA Tegra 2 dual-core processor performs.

So who’s getting this thing the second it comes out?