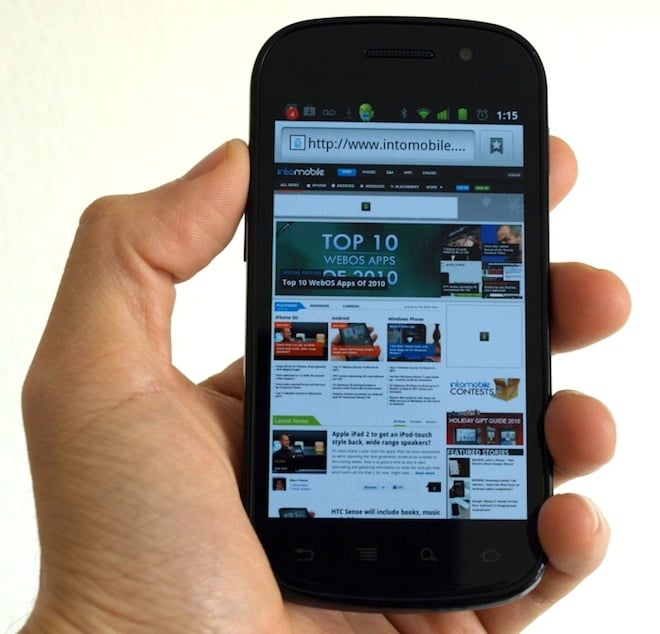 When Google launched the Nexus S late last year, many of us were a bit underwhelmed. Sure, it ran the latest version of Android, and yes, it came with support for NFC, but hardware wise it wasn’t all that different than the Nexus One that came out at the beginning of 2010. Several people have even mentioned that Samsung’s build quality and choice of materials for the Nexus S was inferior to that of the Nexus One. Now we’re finding out that the Nexus S has another massive issue: it has a hard time maintaining phone conversations that last longer than 3 minutes. It all started when user “WestindiesKING” on the Google Mobile Help Forum left a message saying that his device has been rebooting every other day. Other users chimed in and said they’ve had the same issues and specifically mentioned that the reboots were happening during calls. Finally user “Ry Guy”, a Google employee, responded with the following statement:

So we’ve successfully reproduced this issue and are in the process of investigating with Samsung. I’ll provide updates as soon as I have them.

An admission of guilt, and another reason why I’ve yet to own any mobile devices from Samsung. HTC devices have never experienced these sort of issues, and Nokia wouldn’t dare bring something out to market that didn’t have extraordinary reception and rock solid calling. Mobile World Congress is only a few short weeks away and we’re going to be hearing plenty about devices from all the top 5 vendors. Many of the devices announced at CES will come to Europe and Asia under different names, probably sooner than they’ll hit American shores too, and we’ll be sure to have some long team discussions to test if they too can’t handle lengthy calls. It would be terrible if this wasn’t Samsung’s fault, but instead an issue with Gingerbread (Android 2.3).

T-Mobile UK is ruffling a few feathers after telling customers that they're going to be limited to downloading just 500...