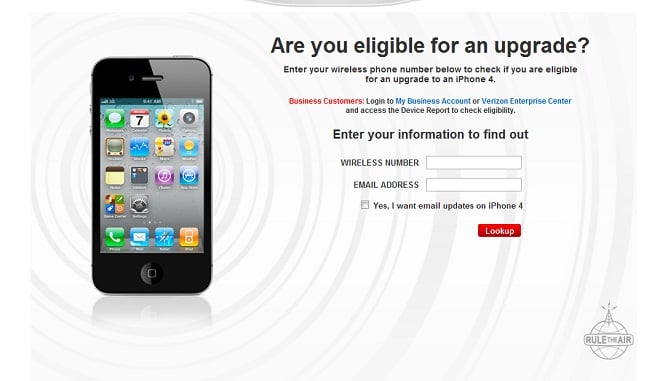 Well, we hate to say “we told you so” but it looks like Verizon will be changing its upgrade discount policy right before it releases the Apple iPhone 4.

The Wall Street Jounal is confirming that Big Red will be ending its “New Every Two” plan, which provides steep discounts on new phones for users after two years of service. New customers won’t be enrolled in this and existing customers (like me) won’t get it after my next New Every Two upgrade. It also looks like the early upgrade policy will be brought to a grinding halt.

Of course, this all comes as the Verizon iPhone 4 is slated to launch Feb. 10. We’re expecting the Verizon iPhone to sell at least a million units in its first week but those users should be wary that the upgrade cycle may not be the same as it is on AT&T, where iPhone users have generally been able to get the next Apple smartphone at the introductory price.

Part of the reason for ending the Verizon early discount program is the increased cost of subsidizing smartphones like the Apple iPhone 4. We have been told that AT&T has paid up to $400 per phone in subsidies for each Apple smartphone. While it winds up making that back over the life of the contract, that can still be a large chunk of change up front.

Reports suggest that the Verizon iPhone 4 will cost the carrier up to $5 billion in subsidies, which it will likely make back within the first year of the two-year contract. Still, Big Red probably doesn’t want to have to do that every single year and it may have to if Apple continues its yearly cycle of smartphone revisions.

This means mobile fanatics like the IntoMobile team will have to pay full price when upgrading our own devices on Big Red, so that means I’ll have to be much more careful about choosing which device I want as my own for the next two years.

We just saw a ton of tablets at CES 2011 that are vying to take away attention from the Apple...