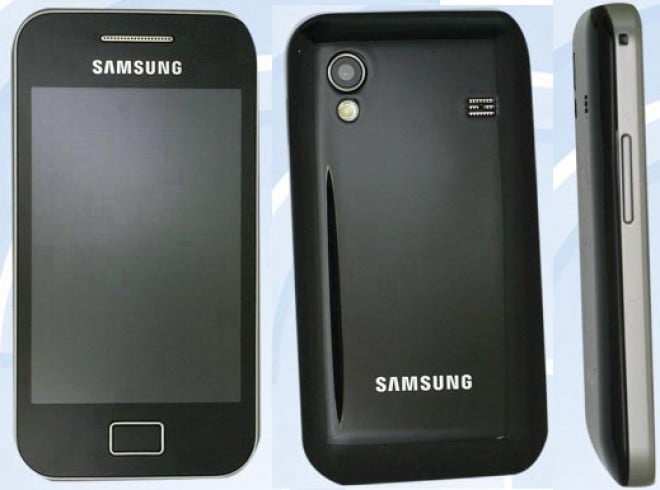 Tempted to grab a Galaxy S device, but think that the 4 inch display is just too much screen for you? Well, Samsung looks to have you covered on that front with the Galaxy S Mini – a smaller version of the popular Android smartphone. It may not be as beefy as its bigger brother, but hey, at least it’s running Android 2.2 Froyo.

Samsung’s strategy looks to be, “get as many devices out as possible, and then worry about updates later,” and we’re not sure how that will turn out for the popular handset-maker. Many users using older handsets have gone to some extremes for the lack of updates, and the blow must feel that much harder when a handful of new products ship with these newer Android OS versions pre-installed. Thankfully, the Galaxy S mini is one of those handsets that will ship with a newer (not the newest, there’s a difference there) version of the Google mobile OS, and will likely be aimed at the mid-range market.

Rumor has it that the Galaxy S Mini will ship with 3.5 inch display, which will likely be Super AMOLED if we’re lucky – Super AMOLED Plus, if we’re even luckier. Rounding out the device will be a 5 megapixel camera with LED flash, and the  Qualcomm MSM7227 running at 600MHz. So while this won’t be a speed demon in any facet, it’ll get you to where you want to go at a reasonable pace.

While I’ll take a bigger screen any day of the week, the Galaxy S Mini may be a solid device when it ships. Expected to be announced and shown off at Mobile World Congress later next month, we may be able to get some real hands on with this guy and see what a smaller Galaxy S brings to the table.