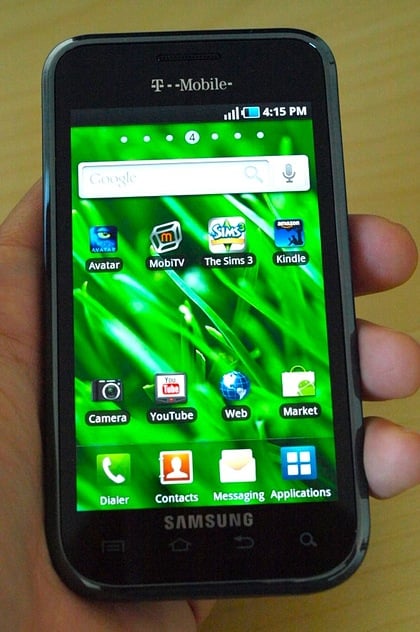 T-Mobile and Samsung are about to face a little more heat from consumers for the lack of Android 2.2 for the Vibrant smartphone. That’s right – one frustrated customer decided to take it to court and filed a class action lawsuit against the two companies for T-Mobile’s and Samsung’s failure to deliver a promise. What else can we expect from such a litigious nation?

Other manufacturers and carriers haven’t had much of an issue updating to Android 2.2 Froyo by now. Surprisingly, HTC managed to update its EVO 4G with Sense UI late last summer just a few short months after release – something none of us ever expected. With custom interfaces like TouchWiz and Sense, we always hear that it takes a bit longer to update to newer Android versions.

Galaxy S owners, which includes the T-Mobile Vibrant, have yet to receive the Android 2.2 Froyo update even though T-Mobile and Samsung said they’re working on it.

While I certainly do feel bad for T-Mobile Vibrant owners, and other Galaxy S variant users, this lawsuit is silly and almost laughable. Bring on the hate, Android/Galaxy lovers. But I don’t ever recall T-Mobile or Samsung making any solid promises on paper that Android 2.2 would be coming at a specific point in time. T-Mobile users are undoubtedly feeling jilted since the Nexus S was released – an Android smartphone built by Samsung – rocking the latest and greatest version of Android: 2.3 Gingerbread.

With the release of the Nexus S, many Galaxy S owners assumed that a Gingerbread update was just around the corner. It hasn’t even been a month since the new phone and software came out and here we already have users wanting to sue a carrier and manufacturer.

User MicBeast of the XDA forums is the one initiating the lawsuit and posted the following:

Samsung and T-Mobile have clearly violated the law concerning

they have continuously lied to us about the hardware,
and software reliability of this phone,
they promised us updates (to 2.2! Not the functionally dead JI6 2.1!)
over and over,
NOW they plan to release NEW galaxies
without updating the old ones they currently have
The GPS is clearly a hardware defect.
There are just too many issues with this phone
and the Customer service reps have been combative
even bullying and threatening customers!

a clear violation of US law

just let me know what your issues are,
and we can join together to fight this “TOO BIG TOO FAIL”
corporation

Whether you agree with this lawsuit or not, it’s certainly going to be a headache that neither party will want to deal with, and it may even help speed up the release time for Android Froyo for Vibrant owners.

Another thing to consider is that smartphone nerds like you and me are all over this stuff, but many Android device owners have no idea which software version they’re running. Many T-Mobile Vibrant customers don’t know what Eclair, Froyo or Gingerbread are and are happy as long as their phones make calls, send texts and emails and can get onto Facebook.