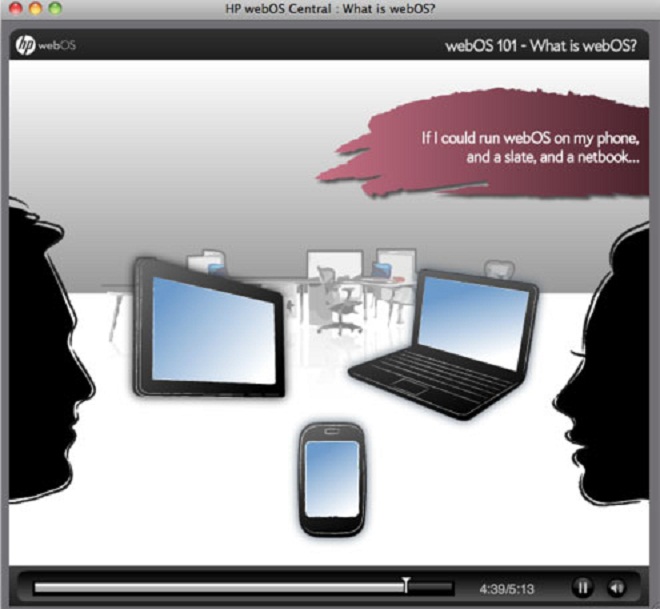 We all know that HP will be showing off the much-rumored PalmPad at a press event Feb. 9 but some more evidence suggests we may be seeing a lot more of webOS than just phones and tablets. Some leaked training material suggests we may also be getting a webOS netbook in the not-too-distant future.

During a post-training quiz, the material says, “In the future you’ll see webOS on multiple devices like: Phones, Slates, Netbooks, All of the above.” That pretty much guarantees we’ll see a webOS netbook but there’s no word on when that will be.

The news of a netbook isn’t outrageous, as HP said it would “double down” on webOS after it spent $1.2 billion to buy Palm. This move gives HP more control over its own destiny, as it won’t have to rely that much on Microsoft and Windows (although I’m sure it won’t ditch Windows in the near future).

Additionally, I don’t know if this means that the netbook will be webOS-only, as it could still be a dual-boot machine or be Windows with some webOS integration like Synergy. I don’t know if this Palm OS is even that suited for a netbook form factor and we’ve seen how other touch-friendly platforms like Android are cruddy with netbooks.

While I’m not too excited about a netbook, I am really excited about the PalmPad because I think the OS is perfectly suited to scale up to a larger screen where touch is the main interaction method. If we get some really cool hardware (maybe some 4G) and the software continues to improve at a steady pace, we should see a credible Apple iPad competitor.

The event will kick off Feb. 9 and you can be sure that IntoMobile will be there live-blogging the heck out of it. We’ll drop reminders as the date gets close but I’m already pretty excited.

RIM Says PlayBook is Still Great Without a BlackBerry

In one of RIM's recent videos demoing their upcoming BlackBerry PlayBook tablet, product manager Ryan Bidan asserted that even without...