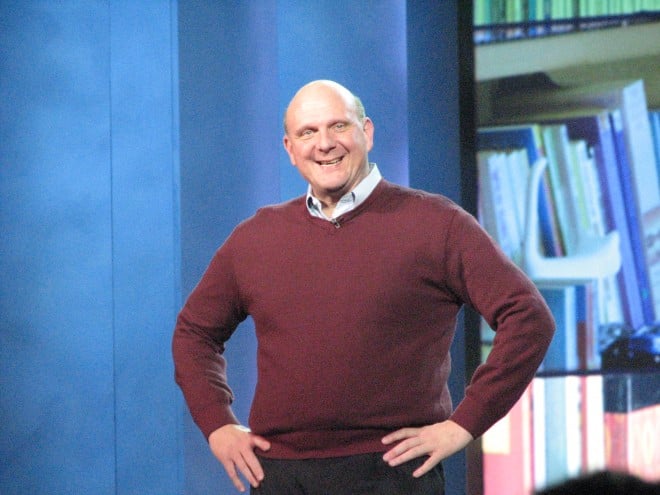 In an interview with USA Today, he says:

There’s a lot of competition, but we’ve got the best-looking phones on the market. We’ve got the greatest range of alternatives, the phones, the software, the craftsmanship. It is as good or better than anything out there. We have a lot of work to do. But, we’re in the game. We sold 1.5 million into the carriers.

To be fair, Ballmer also points out that people are going to want a variety of form factors while still having the underlying power in the hardware and software to get some tasks done. I think Microsoft has done a good job of mixing the strengths of Apple and Google – Windows Phone 7 devices still have a hardware baseline for development like iOS but there’s a variety of form factors like with Android.

We’re still waiting for the update which will bring copy and paste, as well as support for CDMA networks like Sprint and Verizon. The CDMA move could boost the company’s market share, as this opens up the target market to more than 130 million users in the United States.

So, when should we expect some more big news out of Microsoft and Windows Phone 7? We were hoping for some at CES 2011 but it focused on a rather meek tablet strategy. I think we can count on some more WP7 news at the Mobile World Congress show in February.

So, friends, now that we’ve had WP7 devices for a few months now, what would you like to change about it? I find it to be a solid foundation but the live tile stuff doesn’t really save me as much time as the marketing department would have you believe.

We got to get our hand all over the LG Optimus 2X not too long ago, and now we're glad...