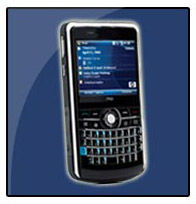 We know both MIPS and Intel have been working hard to get their processors in the phones. Intel has been pushing its x86-based Atom CPU but so far has only managed to attract laptop (netbook) makers. MIPS on its end has been working to bring Android beyond mobile phones and has also shown some MIPS-powered smartphones and tablets at this year’s CES in Las Vegas.

All said, we’re not surprised to read ABI Research’s prediction that the two technologies (MIPS and x86) will challenge ARM’s existing dominance in the smartphone market. According to the research company’s principal analyst Peter Cooney, there will be a point in the next few years when the performance/power efficiency of these technologies will be equal. “At that point the competition in the market should be immense,” he added.

By 2016, x86 and MIPS cores are forecast to grow to around 18% of the market. And while the battle royal of chip architectures takes place, average selling prices of chipsets are forecast to fall, but more slowly than might be expected. Higher prices will be supported by the introduction of new applications that require new processor designs in applications such as 3D video and augmented reality.

The final contest in the market is between integrated and standalone application processors. Standalone designs are more likely to be used in higher-end devices, while low to mid-range smartphones will tend to use integrated solutions and make life easier for the OEMs…

Additional information on the study “Multi-Core Processors in Smartphones” is available from ABI’s website.