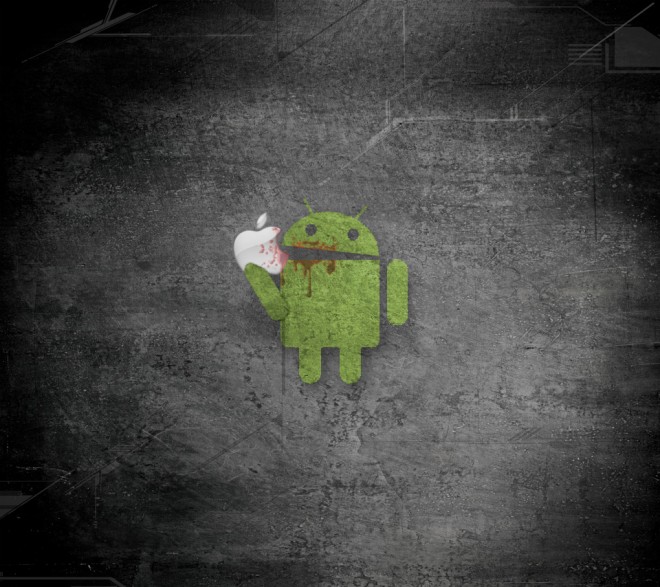 This may come as a surprise to some, but when you think about it, it’s not terribly surprising for many reasons. Android phones are vast in numbers, and each carrier usually has a handful of devices. Up until recently, the iPhone was only available on AT&T,  and as the years went on, some may have jumped ship to another carrier and picked up an Android phone simply because they didn’t want to deal with AT&T’s service. Verizon has been the ring leader for the best Android phones out there, so someone choosing quality of service over their actual device would likely result in something like this. If you want Verizon and a good smartphone, you’re likely going to pick an Android phone.

But times are a changin’ and the Verizon iPhone is almost upon us. Many Verizon Android users are going to jump to the iPhone, when it launches, simply because that’s what they wanted in the first place. Where there was once only Android, there is now iPhone. This isn’t to say that Android users will be non-existent on Verizon after the iPhone, as their current lineup is quite nice, and future devices like the Droid Bionic and Thunderbolt are enough to make a user rethink the 3G-only iPhone 4.

But let’s not say anything we can’t take back. The iPhone is the most satisfying smartphone according to the study, and we know Apple pays close attention to the user experience to make their devices stupid-proof. In that aspect, anyone can pick one of their devices up and figure out how to use it. Android – not so much. While users will get the hang of the OS, there will likely be un-utilized aspects of the geeky OS that some will never use. That’s not a bad thing necessarily, but some may not need all that power in their hands. iOS is a powerful mobile operating system as well, but it’s much less flexible.

The loyalty behind Google’s OS will be tested in the US once the Verizon iPhone finally debuts next month, just don’t expect it to be abandoned.

As much as folks are frothing at the bit to ditch AT&T for Verizon and their iPhone 4, retail partner...