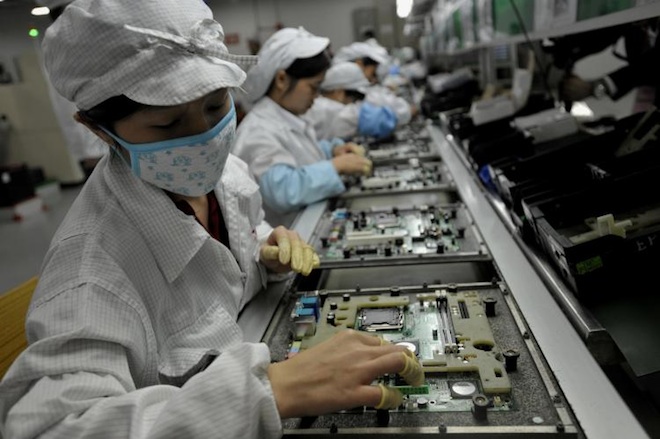 Apple is known on Wall Street for not issuing a dividend to their shareholders, instead preferring to lock it away in what people refer to as a “war chest”. According to figures tabulated by Horace Dediu from Asymco, that war chest is due to hit over $100 billion by this time next year if Apple keeps on performing the way it has been recently. What exactly is Apple going to do with all that money? Secure a competitive advantage by paying for certain components up front, ensuring that they get first dibs on whatever hot new technology comes out on the market. During Apple’s fiscal Q1 call, Chief Operating Officer Tim Cook revealed that the Cupertino company has entered into a contractual agreement worth $3.9 billion over the next two years for components that Tim doesn’t wish to name.

What can those components be? Well Apple did something similar with flash memory back in 2005, spending over $1 billion to make sure they could pump out those tiny little iPods as fast as they could, and at cheaper prices than anyone else selling music players at the time was doing. Tim also references the A4 chip and how Apple preferred to invest in chip design rather than their own fabrication plant.

Rumors floating around the internet suggest that the next generation iPad, due to be released in April, has an ultra high resolution screen. We’re talking 2048 × 1536 pixels. Personally, I don’t believe it, but then I’ve got to wonder … what exactly does Apple have up their sleeve? Could it be NFC chips that will be shoved into the iPod, iPad, iPhone, and MacBook lineup of devices? Could it be OLED screens from Samsung, who is due to open a factory that mass produces said displays during the summer?

We’re stumped, but like everything else related to Apple, we’ll just have to wait and see what happens.