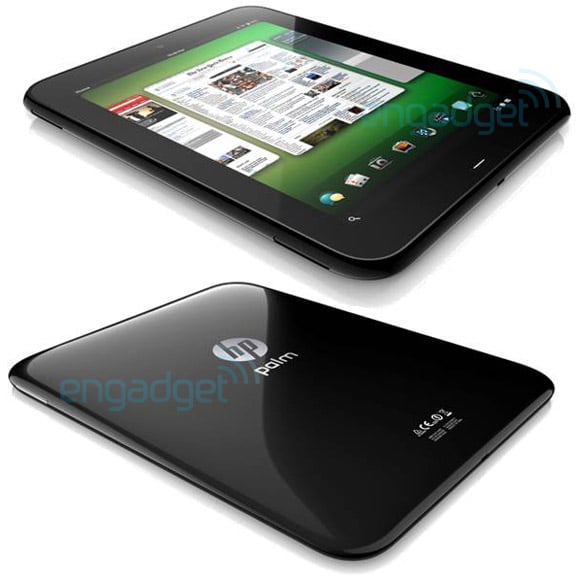 The folks at Engadget are killing it with the HP/Palm tablet leaks, as we’ve already seen the leaked renders of the upcoming device and now there are even more details about the webOS tablet.

The first is regarding the smaller webOS tablet which is being code-named “Opal” and this thing should measure in at 180 x 144 x 13mm. The larger “Topaz” device should ship three months earlier than this (perhaps in March) and it is expected to come in at 241 x 190 x 13mm, which is very similar dimensions to the AppliPad.

There was also an HP-branded survey to customers which could also be an indicator of what we can expect from the new webOS device. There are some hints that this thing will be compatible with the Touchstone charger, as you may be able to dock the webOS tablet to this to charge, as well as turning the device into a digital photo frame or an alarm clock.

One of the best things to come out from this latest (unverified) leak about the webOS tablet is the idea that this will include a lot of cloud storage for seamless access to your content no matter which device you’re using. HP definitely has the dollars to give every user at least 25 to 50 GB of free storage and this would make it easy to stream your music on the go. It also looks like this webOS tablet will have the HP Beats audio technology to pump out some good tunes.

We can also look for Tap-to-Share feature, which will be similar to the AirPlay feature found in iOS. Look for the ability to answer calls on your tablet, full Adobe Flash support, true multitasking and more.

We can’t wait for the HP/Palm even Feb. 9 and you can be sure that we’ll be there live-blogging the announcement and getting our hands on the new hardware.