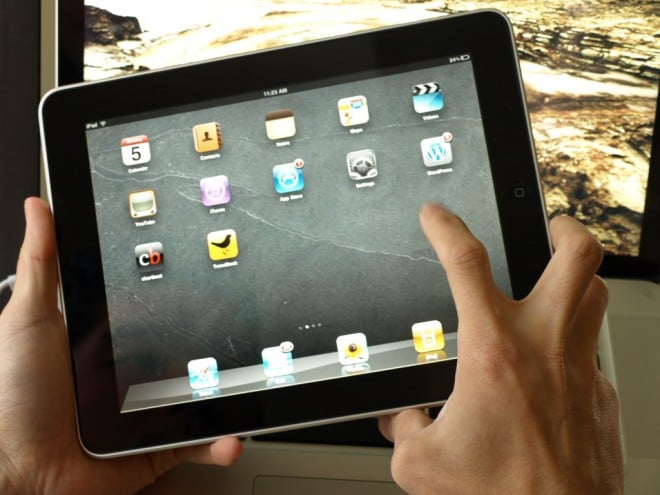 A lot of hype has been surrounding the iPad 2 and its rumored specs – namely that it will have close to a retina display with a 2048 x 1536 display. Images found in iBooks 1.1 revealed artwork that hinted at a higher resolution, though not quite enough pixel density to consider it a retina display. However, a lot of speculation has come up with having such a high resolution iPad and it’s beginning to look more like it’s not going to happen.

Here is John Gruber of Daring Fireball’s take on it:

Gruber also went on to ask his sources whether the iPad 2 will have a retina display or not, and his sources have denied it. However, he does speculate that the new display could be improved over the first generation iPad – it might be thinner, brighter and have better power consumption.

Personally, I’d like to see a higher resolution iPad. Perhaps content – like upscaled videos – might look less than ideal on it, but it’d be much better than what I’m dealing with now. Going from using the iPhone 4 all day and playing with the iPad at night is like soaking in the hot tub and jumping immediately into the pool. Perhaps that’s a bit extreme, but when I’m used to seeing no pixels on a display and I move to a device with lower pixel density, it’s a bit of a downer.

The folks at Engadget are killing it with the HP/Palm tablet leaks, as we've already seen the leaked renders of...