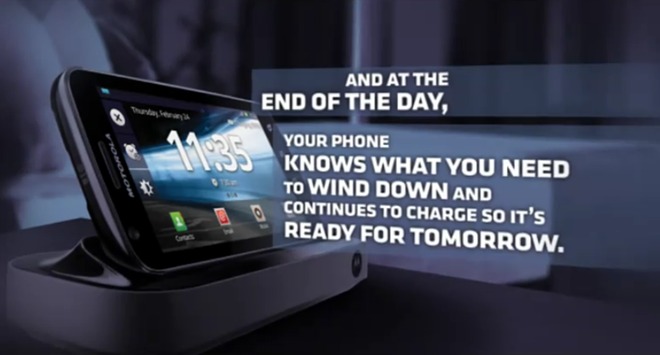 When the Motorola Droid X was released last year, we were pretty stoked that a monstrous Android device would be coming from the comeback kid. After the success of the original Droid, it didn’t seem like Motorola could do any wrong. But alas, the joy for die-hard Android fans was short-lived when they discovered that the Droid X contained eFuse technology. If a custom ROM was loaded up on the device, it would be denied and the smartphone would jump back into recovery mode.

That eventually worked itself out and the rage had died down, but a recent comment by a Motorola employee might ruffle some feathers all over again.

There is some sexy new hardware coming from Motorola soon – the Droid Bionic and Atrix – but giving customers an attitude might cause an aversion to anything the company puts out. In a YouTube video for the Atrix, a Motorola employee responded to a user who asked about custom ROMs:

@tdcrooks if you want to do? custom roms, then buy elsewhere, we’ll continue with our strategy that is working thanks.

Since it had been brought to Motorola’s attention, the comment has been removed and another representative apologized for the harsh and poor choice of words. It responded to another user:

@daverod74 So we? attempt to answer nearly all comments raised on this channel across over 130 videos and in a timely fashion. Sometimes we make a mistake, and the remark we agree could have been better phrased and more polite. So we do apologise, and that we will continue to monitor feedback on the wider discussion and pass that along. Thank you.

Perhaps a little tighter control over its PR might do a little good, but it’s nice to see that the company was quick to remedy the situation – even if it only did so because commenters were pointing out that blogs had picked up on the faux pas.

It's about that time folks - the time to run down the Top 10 tablets that we're expecting to see...