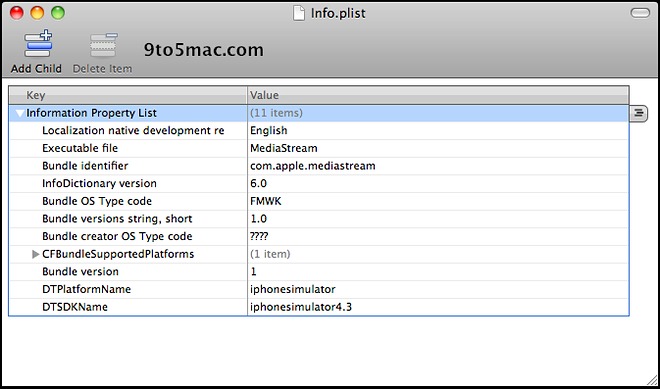 An iOS 4.3 beta was released to developers recently, and plenty of them started doing some deep digging to discover what’s new in the coming software version. Within the beta, a file folder called “Media Stream” was discovered, and more folders within that, like “Photo Stream.” It appears as though these features are going to add another layer of social networking to Apple’s services, initially kicked off with Ping for iTunes.

With Photo Streams, you will also be allowed to “invite” other users to view your pictures as you take them and upload them to a service. This service looks like it is connected to MobileMe, and we speculate that “Media Stream” can be directly connected to “Find my Friends.” We think Find my Friends will be another aspect of Apple’s social network, a part of a free MobileMe, where you can choose to view your friends’ “Photo Streams” all on that same map.

This is probably a step beyond what you can do with MobileMe now where you can share images and galleries with your friends and family. Having a direct subscription to content you want to share immediately is what other social networking applications like Instagram and Path are doing.

Apple is likely going to add other forms of multimedia – not just photos – within the Media Stream feature. And given our devices’ limited storage capacities, it’s speculated that this media content will be stored in the cloud, or on Apple’s servers.

With iOS device sales through the roof, and a new iPad and iPhone on the horizon in the coming months – we’ll even throw in the Verizon iPhone, too – I sure do hope Apple is prepping its data centers. As it gravitates toward increased social networking, it must also beef up its cloud services and make sure things are running smoothly.