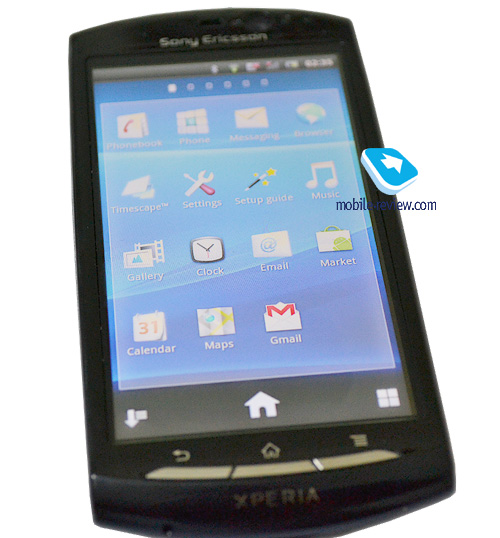 The Sony Ericsson Xperia Arc will be getting a little brother, which may show its face at Mobile World Congress next month: the Vivaz 2. We had caught a glimpse of this phone before, named the Hallon, but combined with the Experia branding, it’s hard to tell what exactly this new phone will be called at launch. Let’s stick with Vivaz 2 for now.

Even in its preproduction state, the Sony Ericsson Vivaz ran really smoothly, and the 720p video recording “performed flawlessly”. There’s also a simple, but nice addition where you can change the application grid layout to be sorted based on date of installation or frequency of use instead of being continually pigeonhold into alphabetical listing. The custom TimeScape application hasn’t changed much, but it does perform more smoothly with the improved graphics horsepower.

The Vivaz 2 looks good overall, and we’re really hoping to get our mitts on it at MWC. It’s expected to launch in April for 320 – 350 euros.

Android wasn't much of a focus on Google's fourth-quarter earnings conference call, as there were bigger fish to fry, but...