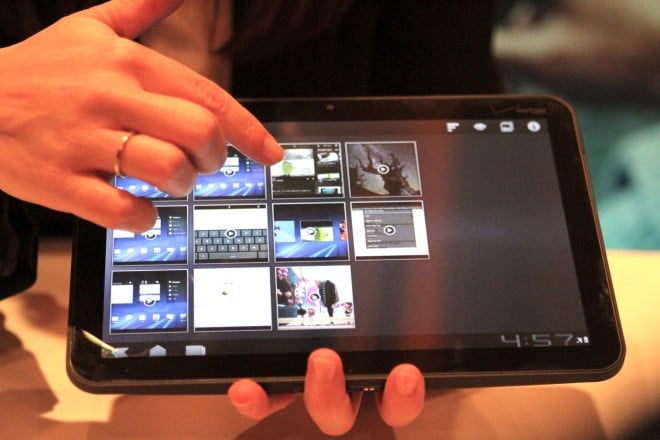 That scary Internet may have told you that the upcoming Motorola Xoom would be coming with MotoBlur but the company told IntoMobile that this wouldn’t be the case and that this tablet would be a Google Experience device to show off Android 3.0 Honeycomb.

I saw the news earlier today, as an executive said the MotoBlur would come to the Motorola Xoom as a future software update, which caused some horror out there. MotoBlur was first introduced on the Cliq and while I don’t think it’s as bad as some like to make it, it’s definitely not the pure Android experience that many fans want.

I pinged Moto about this and received this response from a spokesperson:

To clarify, Motorola XOOM is a Google Experience Device and the first tablet to incorporate Android 3.0 Honeycomb. As such, Motorola Mobility has worked closely with Google to develop and optimize the Honeycomb OS on XOOM, and has no plans to customize the software with MotoBlur.

Sounds pretty clear to me and this makes a lot of sense because the Motorola Xoom has reportedly been the reference device at Google while it was refining Android for the tablet experience. I do expect Moto to make some of its social widgets and apps available through the market, though.

This is really good news for pure Android fans, as this should be the first major device to give us 3.0 Honeycomb in all its goodness, just as Google intended. Not much is known about the actual feel of the device in real life but we do know it will have a revamped user interface, additional features like video chatting and new APIs for developers to take advantage of the form factor. Check out what Blake thinks of the latest version of Android for tablets.

So, another rumor is debunked folks. Move along, nothing to see here.

Remember the Motorola Xoom? You know, the Android-powered tablet that stole the show at CES earlier this month? The world's...