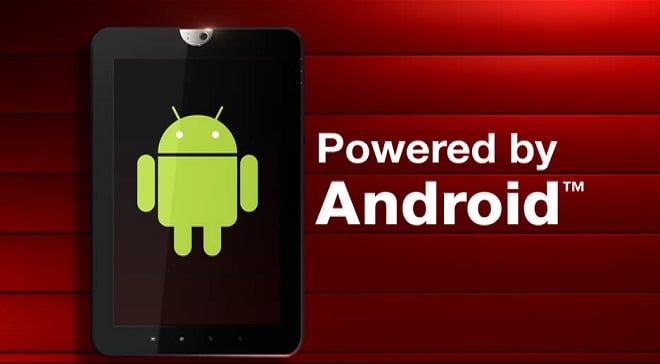 We had an early look at the Toshiba Android Honeycomb tablet at CES 2011 but the company has now put up a teaser site for this unnamed device.

The site has a Flash-y intro which shows off all the features. This includes a 10-inch screen with 720p resolution and ambient light sensors to adjust the screen brightness, a 5-megapixel rear camera, a front-facing camera for video calling, SD card slot, USB port, HDMI out, headphone jack, NVIDIA Tegra 2 processor, GPS, motion sensors and more.

Even though it isn’t needed with the tablet version of the software, the Toshiba Android Honeycomb tablet will have the four standard Android buttons on the bezel. We haven’t been able to dive into the latest version of the little, green robot to know if these standard buttons are even needed anymore.

Other than that, the Toshiba Android Honeycomb tablet teaser page doesn’t reveal much more than we didn’t know: this device is poised to be a killer tablet in 2011. The lack of an official name is a little disturbing when you consider this device will be “coming this sprint,” but we definitely can’t wait to get our hands on this bad boy.

The Toshiba Android Honeycomb tablet ranked high on our list of most-anticipated tablets of 2011 but it didn’t quite capture the top spot. In fact, it was only in the seventh slot as the iPad 2, Galaxy Tab 2, PlayBook, webOS device and a few others ranked ahead.

Still, I’m starting to think that this Toshiba Android Honeycomb tablet can be a dark horse in 2011, as the specs look out of this world, the look and feel of the device are very impressive and, hopefully, the software should run like butter. One thing is for sure, we will soon have a wealth of options to choose from so you can look for IntoMobile to let you know what we think is worth the cash.

Check out our hands-on video from CES 2011 (apologies for the low audio quality).