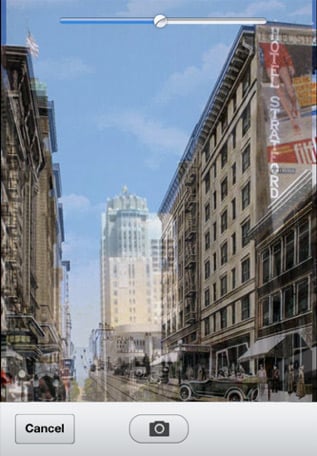 If you live in, or are planning to travel to San Francisco in the near future, the Time Shutter San Francisco is a new app you’ll want to have on-board.

What does Time Shutter San Francisco do? It lets you take a look at how San Fran looked a century ago, and makes it easy to compare it to how it looks this very moment. Some really cool features like ‘Then and Now’ let you snap your own photos to compare them to the same shot taken a century ago. Cool? Yes.

Other key features of the app include:

Even if you could care less about the very cool photos taken a century ago, the built-in geo-coded map is worth its weight in gold alone. The map will take you from City Hall to Market Street, then through Chinatown to Fisherman’s Wharf, the Mission and Golden Gate Park. Awesome.

Note: Time Shutter supports the iPhone 3G, 3GS and iPhone 4. Heck, you can even use it on your iPod Touch. While there’s no iPad support, we’re told that is coming soon.

P.S. This one goes out to all of my colleagues in the San Francisco area. You know who you are… and trust me, you’re going to want to load this up on your iPhone. Give it a try and let me know what you think. 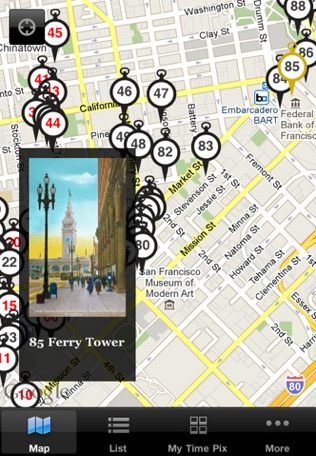 Apple unveiled a new advertisement that features both the AT&T and the Verizon iPhone 4 with the tag line "Two...