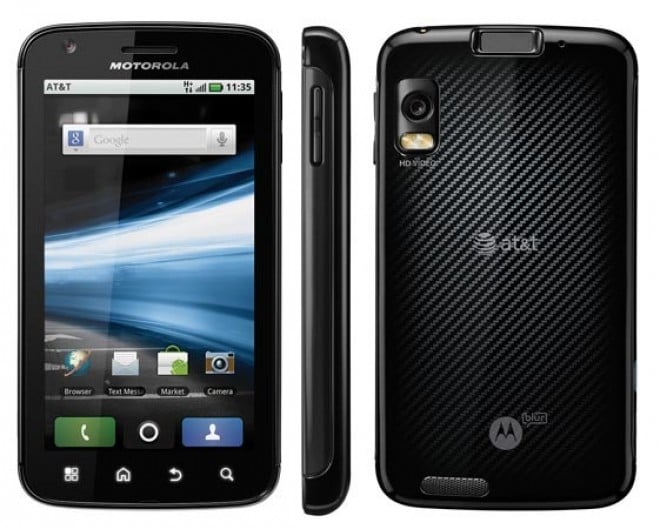 While we’re still completely in the dark about the Atrix 4G launch, a new rumor suggests that retail units will begin shipping on February 13th. If this turns out to be true, could Best Buy really be holding on to these things until March, which has been the rumored launch date for sometime now?

Best Buy may indeed receive their Atrix 4G shipments next month, and it would be quite the pleasant surprise if we saw the Atrix launch in mid-February, possibly to combat the Verizon iPhone that Best Buy won’t be carrying.

There’s also some news about some of the upcoming Atrix 4G accessories, most notably the keyboard/laptop dock. Apparently the dock will run you $150, and that’s just one of the few desirable accessories available for this powerful handset. If you need to own the entire lineup of docks that the Atrix can utilize, be ready to pay a bit more moolah to get yourself set up. That said, the keyboard dock will probably be the most expensive add-on, as it is a skeleton notebook that brings a heck of a lot more value to the handset as it is. In fact, it may not be much of an issue to drop almost the entire price of the phone on one accessory.

In case you have yet to hear what all the fuss is about, the Motorola Atrix 4G, is one of Motorola’s NVIDIA Tegra 2 dual-core phones that should meet and exceed the expectations of anyone one who absolutely needs class-definign performance. The Atrix has a 4 inch display with a resolution of  540 x 960, which is very nice for an Android phone these days. There’s only one other Android phone that boasts a higher screen resolution, but you won’t be finding it on US shores anytime soon. Add in a 5 megapixel camera with a dual-LED, 16 GBs of internal memory and a Micro SD card slot, and you have yourself one beast of a phone.

The Atrix ships with Motorola’s custom skin, Motoblur, which usually is enough for me to dismiss a phone altogether, but the power of the handset may just be enough to overlook the UI. That’s what home replacements are for.

So if Best Buy does end up getting Atrix 4G units in on February 13th, the release likely won’t be far away. The only question is if you’ll be willing to drop some extra cash on the laptop dock on the same day.

The Nexus S, no matter what you think of it, is quite a sexy looking device. But, what if, instead...