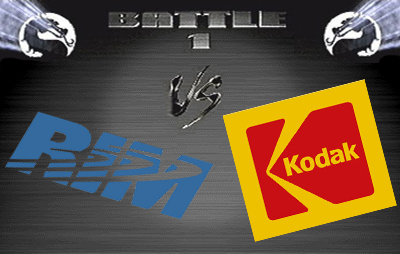 About a year ago, Kodak opened up both barrels of legal action on RIM and Apple for infringing on an image preview patent. Though they haven’t quite lost yet, an International Trade Commission judge has ruled the complaint invalid, prior to a full ITC ruling in May. RIM had actually counter-sued to avoid paying licensing fees like Motorola and Nokia. The whole mess has been going on since August 2007, so it’s high time the case wrapped up.

Despite the preliminary ruling, the plaintiff remains optimistic: “The ALJ’s recommendation represents a preliminary step in a process that we are extremely confident will conclude in Kodak’s favour.” RIM, on the other hand, feels the ruling is just a taste of things to come: “Absent modification by a majority vote of the commissioners of the ITC, Judge Luckern’s decision will become the final determination of the ITC.”

This isn’t the first time Kodak has gone after cellphone manufacturers; two years ago, they sued LG and Samsung for a similar patent. Although Kodak’s running out of companies to sue for this image previewing patent, they’ve got a long history in imaging technology, and will likely find other intellectual properties they can aggressively defend.

Texas Instruments admitted during its earnings call that it was beaten to the dual-core processor tablet market by the NVIDIA...