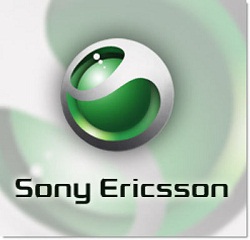 Sony Ericsson will be making a big push for social networking on its Android smartphones, as the handset maker said its devices will soon all come with Facebook preloaded and support the social network’s single-sign on feature.

If you don’t know about the single sign-on feature, it was implemented by Facebook on the mobile side a few months ago and it’s aimed at making it easier to access your stuff within apps. Instead of having to put in your e-mail and password for various apps, you can just sign in through Facebook once and have this sign on for you.

Ideally, this is a major time saver and it allows you to consolidate all of your mobile services under the Facebook umbrella. Of course, if you’re wary of the amount of data the world’s largest social network already has over you, this may not be an ideal feature.

As for Sony Ericsson preloading the Facebook app on its upcoming Android phones, I think it’s a good thing that will save a lot of time. Let’s be honest, the first thing many people do when setting up a new smartphone is download the Facebook app. As long as you’re able to delete the program easily, I have no beef with this being pre-installed.

All of the social networking integration won’t help Sony Ericsson stop its decline, as the company still needs to deliver some great handsets to go along with this. Luckily, it looks like it finally gets that and I’m actually looking forward to a few Sony Ericsson Android phones.

We got some hands-on time with the Sony Ericsson Xperia Arc and this Android Gingerbread device looks pretty solid with its specs and software. Many of us are also looking forward to the Xperia Play (PlayStation Phone) and we should see this officially introduced at Mobile World Congress 2011.