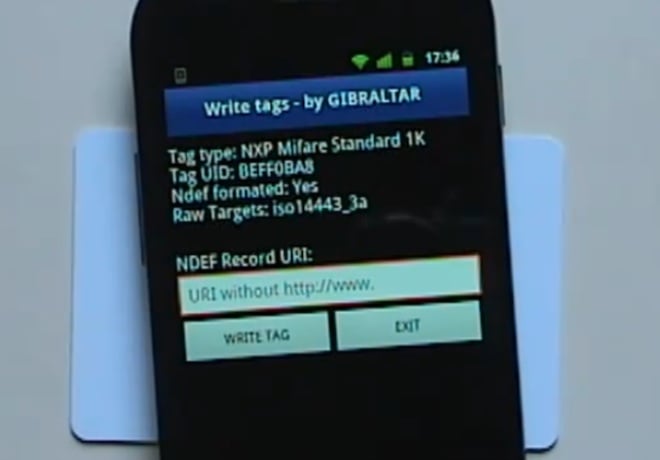 When the Google Nexus S was announced, the stand out feature was support for near field communication (NFC) technology. The enthusiasm soon died however after we found out it was a highly limited implementation that only allowed for reading of NFC tags. Google was quick to point out that with time more and more near field features would be added, enabled via over the air software updates, but some people just don’t have any patience. Gibraltar Software Factory, based in Argentina, went through the source code of Android 2.3 and found that Google has purposefully hidden several NFC related API calls, most likely due to the fact that they’re not quite stable enough for public release. Some minor tweaking of the source code, and boom, they’ve enabled write support for NFC tags.

Why is this even important? If you want to use near field for something other than saving yourself the time it takes to input a URL for a movie trailer or restaurant reviews, you need the ability to write your own tags. Also one of the simplest use cases for NFC is no longer having to exchange numbers the old fashioned way, by reciting numbers aloud, or the highly geeky way, of exchanging vCards over Bluetooth. There are many other things you can do, such as verify your identity in conjunction with the SIM card in your device, and that allows you to pay for things at stores, something we’ve jealously been watching the Japanese do for years, and have been waiting to see on European and American shores.

Will 2011 be the year that near field takes off? It’s tough to say. Android 2.3 just came out, and many devices announced at CES are still running the “old” Android 2.2 that doesn’t feature NFC support. From a hardware perspective, there’s still no Qualcomm Snapdragon like platform that bundles NFC, and that may be the key issue.