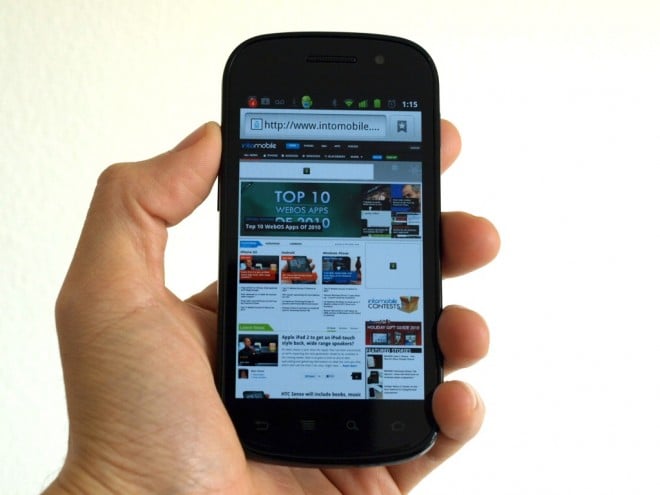 It looks like the Google Nexus S may have a nasty random reboot bug but there’s already a fix on the way and it should be landing in a week or two, Google says.

The reports are scattered and the random reboot bug doesn’t appear to be impacting every user but a few are complaining on Google’s forums.

“Yeah its been happening with me a lot lately too. It doesnt just drop a call but the phone turns off totally and starts to reboot. Happens about once a day at this point,” read one complaint.

The initial results of our tests look very promising. At this rate we will most likely be rolling out an OTA to resolve this issue within one to two weeks. We really appreciate your patience as we do our final verifications on this fix before sending it out.

While you hate to see bugs – especially painful random reboot bugs – it looks like the search giant is working on taking care of its Nexus S customers in a quick manner.

In our review of the Google Nexus S, we didn’t see the random reboot bug and we found it to be the cream of the Android crop … for the moment.

Yes, the Android 2.3 software is going to be tough to top for a while but we’re in store for a variety of top-shelf Android devices like the Atrix 4G, LG Optimus 2X and the Infuse 4G, so the Nexus S may soon lose its crown. Of course, for those wanting a pure Android experience, this is the way to go, random reboot bugs aside.

Have you been bitten by this bug Nexus S owners? Let us know your experiences in the comments.

The Motorola Atrix 4G is looking to set the world on fire with all kinds of high-end features crammed into...