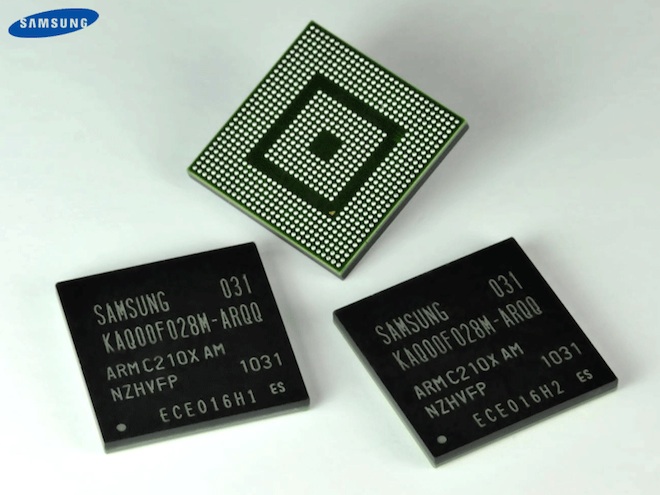 Samsung is one of the few handset manufactures who actually make most of the components that go into mobile phones. Unlike Apple and Nokia, Samsung makes screens, memory, and we all know about the Hummingbird inside the Galaxy S, Galaxy Tab, and their upcoming dual core Orion chip that’s destined to go into the successors of the previously named devices. According to The Korea Times, Samsung, which used to sell “5,000 sheets” of processors per month to Apple during 2010, that figure will quadruple to 20,000 sheets. Best way to think about a sheet is like a piece of cookie dough that you flatten out and then you use your slicer to extract individual cookies from said sheet. If this rumor is true, then it would mean that half the processors Samsung intends to manufacture during 2011 are going to go straight to Apple, quite a sizable amount.

Wouldn’t Samsung want to horde all those chips for themselves and use them in their devices? You might think that, but before Samsung started making mobile phones they were rocking the memory business and are now transitioning to become a microprocessor powerhouse. Phones, like fashion, are hot one season and then lame the next. Whether or not Samsung manages to sell 1 million or 10 million high end Android devices, they still have their other business units to rely on. Intel used to be in a similar situation. They were once the world’s largest producer of memory until the company took a bet on making the x86 chips that power every computer sold today. To say it was a genius decision would be an understatement.

What sort of devices is Apple planning on releasing this year if they need so many chips? There’s the iPhone, iPad, iPod touch, and Apple TV, but are there other products in store, such as an ARM powered mini laptop akin to the 11 inch MacBook Air, that we’ve yet to see? Watch this space.

The wildly popular photo-sharing app, Instagram, has gone through some tweaks and improvements since its release last fall. This time...