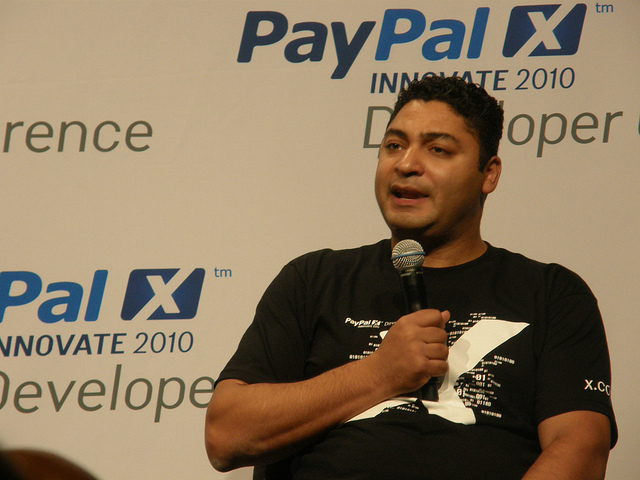 PayPal has recently announced that Osama Bedier, who has been Vice President of Product Development since December 2002, has decided to leave the company and join Google. What exactly he’ll be doing at Google is not yet certain, but you’ve got to wonder: with the latest version of Android supporting near field communication (NFC), and rumors that Apple’s next iPhone will not only have NFC, but that Cupertino is going to start processing transactions, Google may be building something that could turn the mobile payment industry upside down. It was only 1 month ago that the search giant purchased Zetawire, a Canadian company that has a trademark for an as yet to launch product called “Walleto” and a patent for a “mobile banking, advertising, identity management, credit card and mobile coupon transaction processing” solution.

All the seeds are there for something exciting and innovative to grow, and it’s about time if you ask us. Japan has been leading the mobile payment space for what feels like ages, and while many of us do depend on our credit card for all our purchases, it sure would be nice to be able to leave the house with nothing more than our mobile phone. American operators are not standing still however, they recognize the threat from both Google and Apple, two companies who weren’t even in the wireless space until a few years ago, and who have so fundamentally altered the landscape that one feels a slight sense of shock when witnessing someone walking down the street using a Motorola RAZR. They’re going to launch something called Isis in 2011 and while technical details have not yet been announced, it’s assumed that since the partnership involves Discover, it’ll be them who handle the transactions, while the operators just slap their name on whatever solution they end up bringing to market.

The idea of mobile payments and all the benefits they bring to users [never having to remember where your wallet...