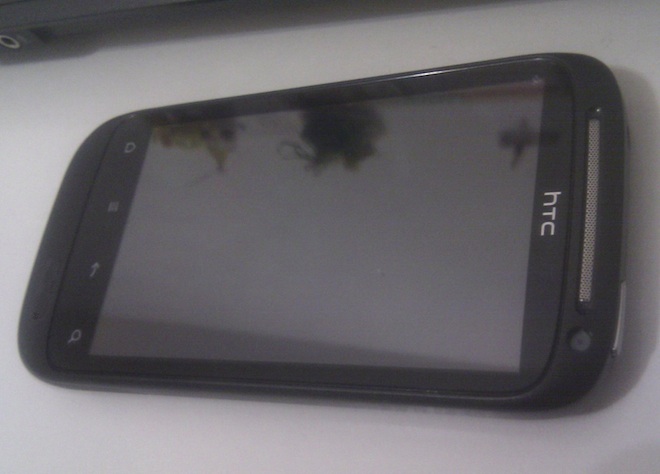 Motorola and LG may have been the first mobile handset makers to announce dual core smartphones, and Samsung may have gotten our panties in a bunch by promising that they’ll announce a dual core successor to the Galaxy S, but when it comes to Android … no one tops HTC. They launched the very first Android device to hit the market, the G1, and since then has released a slew of Android powered smartphones that have won a special place in our hearts. From the QWERTY packed Desire Z, to the men with a fixation on size who want the Desire HD, and then my personal favorite, the pure Android experience packing Nexus One, HTC has it all. Last week we caught a glimpse of what’s presumably going to be the successor to the HTC Desire. We’re a bit disappointed that the design language hasn’t changed much, but we can’t wait to find out what’s under the hood. Today there has been yet another photo of this yet to be announced handset making its way on the internet, and we’re just giddy.

It looks like a Nexus One, but in all black attire. The speaker portion of the headset is huge, most persumably for stuffing some notification LEDs in there versus actually improving audio quality. There’s also a very obvious forward facing video camera in there, so if you want to get your Skype on over 3G and annoy your friends who need to use WiFi with their iPhone 4, then this is for you.

We’re at the final stretch now, just two more weeks until Mobile World Congress in Barcelona, Spain. That’s when we’ll be able to tell you every little detail about every last handset to be announced. Between this and whatever Samsung has to show, we’ve got enough to drool over while taking a nap during our flight.