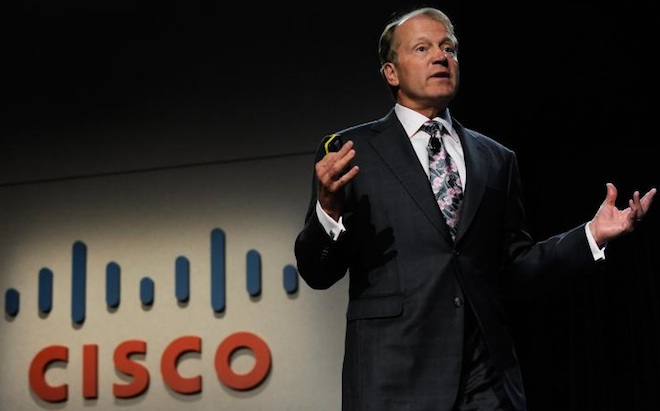 Cisco Systems, makers of the huge routers and switches that make sure you can get your daily fix of kitten videos on YouTube, has published their forecast for where data growth is heading over the next 4 years and of course the mobile internet bit of their study is getting the most attention. Cisco says that between 2009 and 2010 the total amount of data transfered over mobile networks has gone up by a factor of 260% and that this is the third year in a row where these types of numbers have been seen. They’re also saying that the average smartphone of 2009 had a download speed of roughly 613 kbps, while a 2010 smartphone had an average throughput of 1,036 kbps. That figure is supposed to quadruple to 4,404 kbps by 2015, something that’s totally doable thanks to HSPA+, WiMAX, and LTE.

What’s scary is the prediction that in 2015 there will be more more devices connected to the internet via a mobile connection than there will be people. Let that sink in for a second; now go out and rent Terminator 2. Cisco says the average smartphone user consumes 65 MB of traffic per month, but that’s going to increase to over 1 GB per month in just 4 years. Another interesting statistic: global mobile data traffic in 2010 was three times the size of all global Internet traffic (fixed and mobile) in the year 2000.

None of this should be surprising to you. Smartphones are becoming mainstream with nearly 20% of all handsets shipped in Q3 2010 running an advanced mobile operating system. That figure is only headed in one direction, up, and by 2015 it may be damn near impossible to even find a feature phone. Then there’s tablets, which I’m still a bit skeptical about, despite Apple’s recent figures. They’re popular with rich people, but will they become a “must have” item for everyone else?