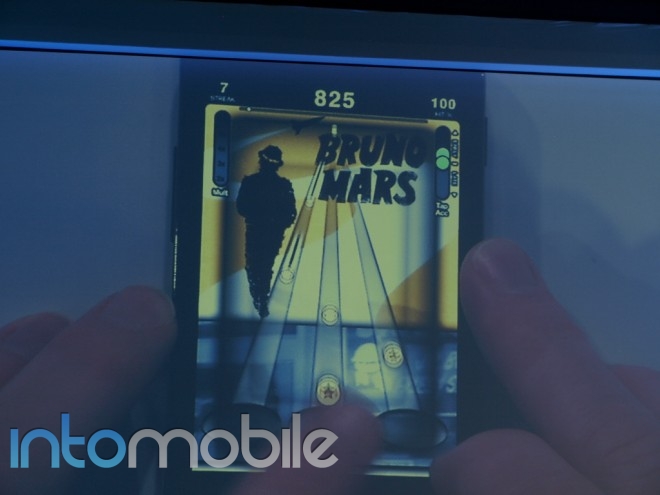 At Google’s big Android Honeycomb presentation today, Disney announced that it would be offering its popular iPhone game, Tap Tap Revenge 4, for Android now that in-app purchasing is on the way. Tap Tap Revenge has been one of my favorite games for iOS for some time now, and it’s good to see that it’s coming to Android users, too.

For those of you unfamiliar with the game, it’s similar to Guitar Hero in that there are spots that float from a distance towards an indicator at the bottom of the screen. Once the spot gets there, you tap the screen much like you would hit the guitar on Guitar Hero. The spots or hovering fireball-looking dealios come out in different patterns in time with the song that’s playing, and it gets challenging as you progress through the game.

The app will work with Android 2.1 devices or higher, which means a good chunk of you will be able to enjoy the game. The Android version will also support in-app purchases for those extra songs and new hits that you may want to grab.