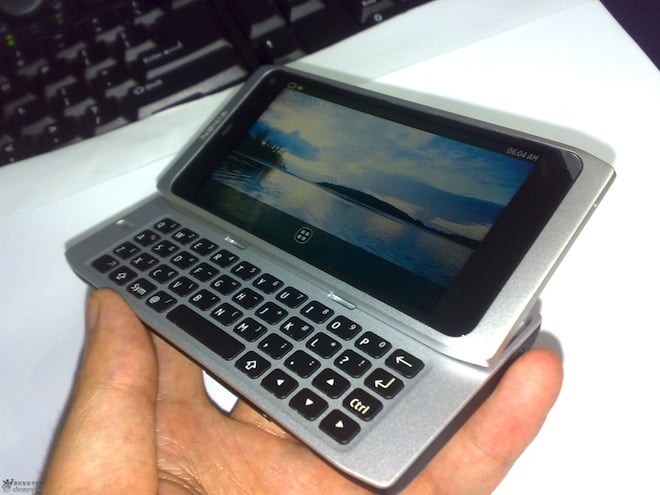 Of all the things we’re looking forward to the most this calendar year, it’s Nokia’s long overdue answer to the competition that Android and Apple have been painfully throwing at them over the past few years. The Finnish firm has said, on numerous occasions, that MeeGo is going to power their future flagship devices, but we’ve yet to see one MeeGo device be announced and rumors are beginning to circulate that we’re not going to be playing with a MeeGo smartphone until the fourth quarter of this year. MeeGo, for those who may not be familiar with the name, is a Linux based operating system that’s being worked on by both Intel and Nokia. Nokia used to have their own Linux distribution called Maemo, and Intel had one called Moblin, and at Mobile World Congress 2010 both companies took to the stage to announce that they’d be merging the two projects.

So what’s the first MeeGo device going to look like? The N9 pictures that leaked a while back has given us some clues, but we’re more interested in what’s under the hood. The folks over at NokiaPort.de have taken a look at MeeGo bug reports, patch information, and source code files and have found the following spec sheet: Intel 1.6 GHz CPU, 1 GB RAM, 200 MHz GPU with 512 MB of RAM, 480 x 854 pixel resolution screen, HDMI out, Broadcom BCM4751 GPS chip, NPX Semiconductor PN544 NFC Controller, Infineon XMM 6260 3G modem (21 Mbps HSPA+ capable), and a Texas Instruments WiLink 6.0 WL1271 chip (802.11n WiFi, Bluetooth).

To say that thing will be a beast is a bit of an understatement. Does Nokia have the courage to release the first Intel based smartphone and more importantly ship it in volume? Historically Nokia has been very conservative when it comes to hardware, preferring to offer users better battery life, but at this point, with their smartphone market share close to dipping under 30%, it’s time to throw the kitchen sink at the problem.

During the company's fourth-quarter results conference call, Nokia's CEO Stephen Elop said there are 30,000 apps now available in the...