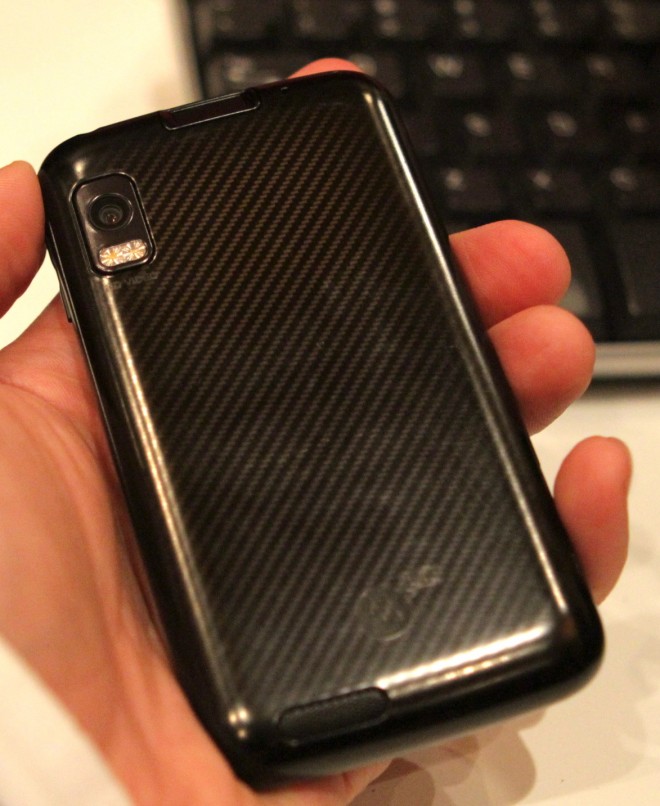 When we first saw the Motorola Atrix 4G at CES 2011, we definitely wanted the Android superphone to be ours. Well, it looks like we won’t have to wait too long, as AT&T said the smartphone will hit the streets March 6 for $199 with a new, two-year contract.

The Motorola Atrix 4G is being billing as “the world’s most powerful smartphone” and it very well may be. The Android 2.2 Froyo handset has a dual-core Tegra 2 processor that can pump out some serious power. That Tegra 2 also powers the LG Optimus 2X and our benchmark tests show this thing has a lot of horsepower.

The Motorola Atrix 4G one-ups the LG device by having 1 GB of RAM to go along with that processor. It will also have HSPA+ data connectivity (that’s why it’s called “4G”), a fingerprint scanner for added security, Bluetooth, GPS, WiFi and all the goodies you’d expect from a device of this class.

The company is saying that this smartphone is powerful enough to be it’s own computer and it will include a laptop dock that’s powered by the Motorola Atrix 4G. This includes an 11-inch screen, full QWERTY keyboard and a Web Top software that includes a full Mozilla Firefox browser that gives users access to a desktop-class browser.

When in the dock, users will still be able to send text messages and e-mails, as well as utilize Android apps. This dock won’t be cheap though, as the bundle for the phone and dock will be $500 – meaning the dock that is basically just a shell will cost $300. [Update] Sorry for any confusion, but the Atrix and the Laptop Dock will be bundled together for $500 if you add the pro data plan and the tethering option. The Laptop Dock itself will cost a whopping $500 by itself. Yowsa!!!

The Android superphone comes as AT&T is looking to counter the Verizon iPhone, which kicked off preorders this morning. While the Verizon iPhone is essentially the six-month-old iPhone 4 with CDMA support, the device will likely be a smash success as there’s a large audience of Verizon users who have wanted an iPhone and there are AT&T customers who are sick of their current poor service.